Doña Ana County Sheriff: 'We can't even speculate about a motive' in former deputy's evidence-hoarding case

72 pieces of case evidence found in a former deputy's foreclosed house was a failure of leadership. 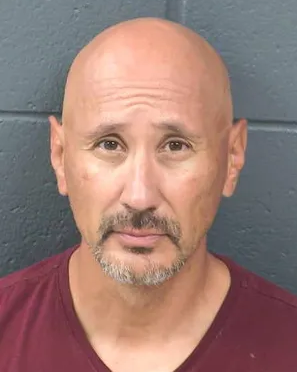 LAS CRUCES — At a press conference Friday at the County Commission Chambers in Las Cruces, Doña Ana County Sheriff Kim Stewart said the 72 pieces of case evidence found in a former deputy's foreclosed house was a failure of leadership.

The evidence was found on May 23 by a cleaning crew who had gone to prepare Vincent Lopez's foreclosed house for resale. The evidence was related to nine separate cases, officials stated. Stewart said none of the evidence found in the home had been entered into the department's evidence vault.

Some of the evidence found in Lopez's house included knives, clothing and DNA swabs.

During the press conference, Chief Deputy District Attorney Gerald Byers said that, due to issues with the evidence and statute of limitations, none of the cases are prosecutable at this time.

In all of their collective years in law enforcement, Stewart said she, Byers and Detective Gabriel Sanchez — who she said had spent hours and hours piecing together the evidence — had never seen anything like this.

Tweet
How do you feel about this post?
Happy (0)
Love (0)
Surprised (0)
Sad (0)
Angry (1)
Tags:
EVIDENCE HORDING FAILURE OF LEADERSHIP
Former Doña Ana County deputy accused of hoarding ...
DNA, Public Genealogy Databases Lead To Arrest In ...
Comment for this post has been locked by admin.