Lopez is alleged to have failed to turn in 72 pieces of evidence from the nine unsolved sex crimes involving adults and children that he investigated while serving as a deputy and detective from 2003 to 2014. 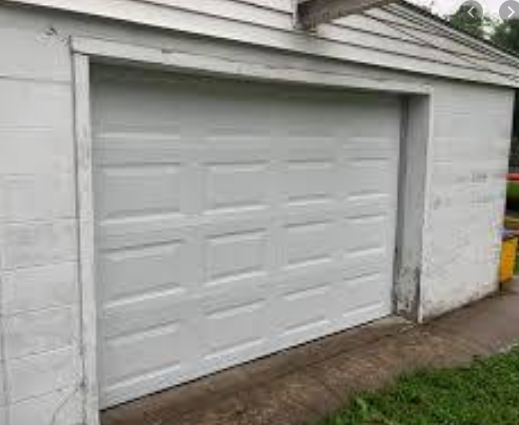 Vincent Lopez was arrested Thursday on 18 combined counts of evidence tampering and tampering with public records. He was being held without bond in the Doña Ana County jail.

"How could this happen?" Sheriff Kim Stewart asked rhetorically during a news conference on Friday morning, calling the former deputy's actions a "travesty" to the criminal justice system as well as a major "betrayal of public trust."

In all, Lopez is alleged to have failed to turn in 72 pieces of evidence from the nine unsolved sex crimes involving adults and children that he investigated while serving as a deputy and detective from 2003 to 2014.

"The evidence never came to the sheriff's office, he never brought it to the station," Stewart explained.

Instead of submitting that evidence, Lopez is accused of hoarding items from the numerous cases in the garage of his former home for years; authorities said the items were discovered when the home was foreclosed upon in May, after Lopez had moved out.

"We cannot access a motive for this, we can't even speculate," the sheriff said, calling it "astonishing" and adding that she'd never seen anything like it in her 20-year career in law enforcement. The District Attorney's Office indicated this was the first time such an incident had ever occurred in the state of New Mexico.

The FBI has been contacted and there are potential federal violations that Lopez could also face, Stewart said.

Officials said Lopez left the sheriff's office back in 2014, resigning his position after he came under investigation for failing to complete work on his case load in a timely manner. Stewart was not the sheriff at that time.

After the evidence discovery, Stewart said current detectives had to "piece the puzzle together" to link up the 27 pieces of evidence - some of which were displayed in blown up photographs at the news conference - to the unsolved cases.

None of the nine sex crimes for which authorities have now recovered the evidence can be prosecuted, authorities said. The statute of limitations has run out on all of them, according to the DA's office, which added there would be "chain of custody" issues likely keeping the evidence out of court even if they were able to still prosecute.

Enter some description here...
https://kvia.com/news/crime/2020/07/30/former-dona-ana-county-deputy-accused-of-hoarding-evidence-from-unsolved-crimes-in-his-home/
Tweet
How do you feel about this post?
Happy (0)
Love (0)
Surprised (0)
Sad (0)
Angry (0)
Tags:
HORDING EVIDENCE
DNA Evidence Leads to Arrest in 32-Year-Old Cold C...
Doña Ana County Sheriff: 'We can't even speculate ...
Comment for this post has been locked by admin.