The evidence was of the bullet-riddled windshield from the unmarked police truck from which the officer fired the fatal shots. 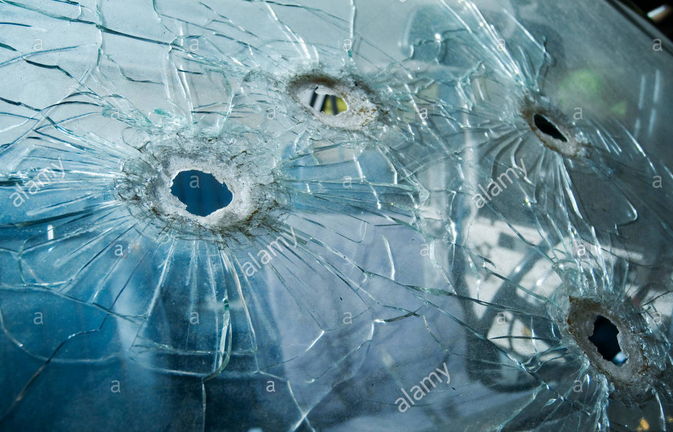 Evidence was destroyed relating to a fatal officer-involved shooting in June that sparked protests for increased police accountability in Vallejo, California, the city confirmed Wednesday.

The evidence was of the bullet-riddled windshield from the unmarked police truck from which the officer fired the fatal shots.

As a result, a city employee who has not been identified was placed on administrative leave and the city said it would ask that the destruction of the windshield be part of any criminal investigation into the shooting.

The city has also retained an outside investigator to look into the incident and is in contact with the FBI as it requests an outside agency to investigate the wider case.

The city said in a statement that the police truck had been "placed back into service without prior consultation with the Police Chief or City Attorney's Office."

Melissa Nold, an attorney for the family of the man who was killed — Sean Monterrosa, 22, of San Francisco — said she had wanted to examine the windshield as part of the evidence for a criminal investigation and civil lawsuit but was surprised to learn from the city attorney's office this week that it not had been preserved.

"I was outraged when I inquired about the truck and found out that they destroyed a critical piece of evidence," Nold said. "This is the perfect example of why police departments should be forbidden from investigating themselves."

Bodycam video from the scene outside of a Walgreens in Vallejo made public last week shows an officer in the back seat of the truck firing through the front windshield. The video, however, did not show the moments leading up to the shooting or Monterrosa getting hit — footage that attorneys for his family say could help clarify whether he appeared threatening to officers, as they have claimed, or was crouched down surrendering.

Nold said that reviewing the windshield was necessary for an accurate scene recreation and to help determine the trajectory of the bullets, especially since the bodycam video does not show Monterrosa until he was already lying on the ground.

Gregory Hagopian, a former prosecutor in the Tulare County District Attorney's Office in California and now a defense lawyer, said it's always better to preserve as much physical evidence as possible, which allows all sides to properly build their case and can be better than relying on photos or memory.

"When you've got a case like this where they should know there's going to be an inquest and there's going to be controversy, they should have thought to themselves we want to be as above board as possible," Hagopian said. "When police seem to be hiding things when they act shady, it just makes the negative perception of police worse."

Vallejo police said the officers were responding to a report of looting after midnight when they encountered Monterrosa in the parking lot.

There was a previous incident at the scene in which a police car was rammed and officers described seeing "potential looters" get into cars and flee, authorities said. When the other officers arrived, Monterrosa began running toward a car, then stopped and got into a half-kneeling position facing them, according to officers' accounts.

One of the officers told investigators he believed Monterrosa had a gun in his sweatshirt pocket and was kneeling "as if in preparation to shoot," moving his hands toward his jacket at their approaching vehicle.

That officer fired his weapon five times through the windshield, striking Monterrosa, according to authorities.

Police discovered that the object inside Monterrosa's pocket wasn't a gun, but a long hammer.

The Vallejo Police Department has not identified the officer who fired his weapon.

At a news conference last week, Police Chief Shawny Williams called the incident "tragic" but said that it would be "inappropriate" for him to comment about the officer's decision to shoot from the back seat of a vehicle and through a windshield.

Monterrosa's death was the 18th fatal police-involved shooting in Vallejo since 2010, with the majority of those killed being Black and brown men, records show. Monterrosa was Latino.

While the California Department of Justice announced last month that it will undertake an "expansive review" of the Vallejo Police Department because of its history of policing complaints, Attorney General Xavier Becerra has declined to independently investigate Monterrosa's shooting, leaving it to the Solano County District Attorney's Office to determine whether charges are warranted.

Abrams' office did not immediately return a request for comment Thursday about leading an investigation or the destruction of evidence, while the state Department of Justice had no comment.

Nold said that one of the two agencies will have to investigate Monterrosa's death, and as of now, "the Monterrosa family has been robbed, not only of Sean, but of an independent investigation."

An attorney for Sean Monterrosa&#39;s family said examining the windshield was necessary for an accurate scene recreation in his June 2 death in the city of Vallejo.
https://news.yahoo.com/evidence-destroyed-fatal-police-shooting-212000145.html
Tweet
Tags:
evidence destroy in police shooting West Coast
×
Stay Informed