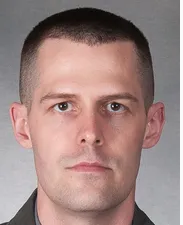 MANSFIELD - A former trooper with the Mansfield post of the Ohio Highway Patrol was acquitted of all charges related to missing drug evidence on Thursday in Richland County Common Pleas Court.

Preston Brooks, 32, of Arlington, was indicted on three felony charges after he was placed on administrative leave in December when drug evidence from a traffic stop was found to be missing.

Brooks was indicted by a Richland County grand jury on two counts of tampering with evidence, a third-degree felony, and one count of theft of drugs, a fourth-degree felony.

Following a three-day trial before Richland County Common Pleas Judge Brent Robinson, the jury found Brooks not guilty of all charges in less than two hours. Brooks was represented by attorneys Sam Shamansky and Colin Peters of Columbus.

"Brooks was innocent all along and the only crime that was committed was that he was indicted," Shamasky said, Friday. "After his (Brooks') firing he picked up the pieces and has been gainfully employed ever since.