It was during their testimony that it came to light that an evidence control sheet, detailing everything seized from the home, is now missing. 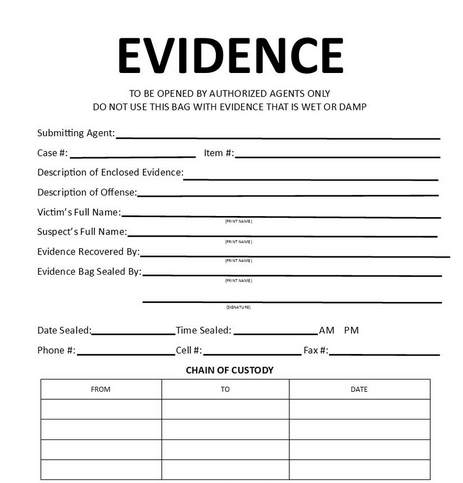 An important exhibit in a sexual assault trial in Windsor has gone missing.

56-year-old John Thomas Wuschenny is charged with sexual assault, break and enter, forcible confinement, wearing a disguise and threatening death in connection with a violent home invasion and assault on September 12, 1990. He has pleaded not guilty to the charges.

The alleged victim is a Windsor woman who is now in her 50's.

Forensic identification officers, who are now retired, took the stand on Monday and defended their actions in how a photo lineup was conducted.

It was during their testimony that it came to light that an evidence control sheet, detailing everything

seized from the home, is now missing.

An evidence control sheet is used to itemize all of the evidence that is collected from the scene of a crime and placed in paper bags.

Forensic investigator Al Brown testified on Monday before Justice Renee Pomerance and said a female officer handed over the victim's sexual assault kit with semen and hair samples as well as the victim's clothes. But Brown doesn't know how the clothes were collected or where they were handed over to the forensic department. Brown said that information would be on the now-missing evidence control sheet.

Brown said in 1990, they submitted 13 pieces of evidence for testing at the Centre of Forensic Sciences in Toronto. It wasn't until the victim's t-shirt was re-submitted for testing more than 20 years later that authorities got a DNA match and arrested Wuschenny.

CTV News reached out to Windsor police for a comment on the lost evidence control sheet. But since the matter is currently before the court, officials say they will not comment on the case.

You may remember nine ounces of cocaine worth $25,000 were accidently destroyed, resulting in an audit of the Windsor police drug vault.

Wuschenny's trial will continue on Wednesday, with more evidence from the crown.