Ex-Blackfoot cop gets two days in jail for pills

Sentenced a former Blackfoot Police officer to two days in jail and two years of probation for stealing thousands of prescription painkillers from a drug drop box. 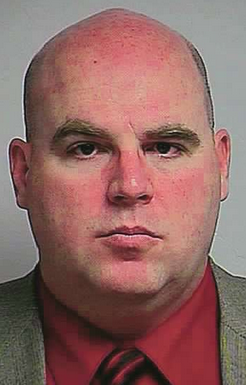 Magistrate Judge James Barrett on Wednesday sentenced a former Blackfoot Police officer to two days in jail and two years of probation for stealing thousands of prescription painkillers from a drug drop box.

Barrett suspended 178 days of a 180-day jail sentence and placed Hardwicke on probation. Barrett ordered Hardwicke serve his two days during a consecutive 48-hour period. If Hardwicke is unsuccessful during probation Barrett could impose any portion of the remaining 178 days of the jail term.

Hardwicke was a school resource officer at Blackfoot High School prior to his termination. Court records show Hardwicke started the drug drop box program at the Police Department where people were encouraged to discard unused prescription medications. It was discovered May 28 that he had taken numerous prescription painkillers and mood stabilizers from the drop box.

Pocatello Police Department officials led the investigation into Hardwicke. Hardwicke was discovered with a backpack filled with several zip-closed baggies containing pills as well as pill bottles and daily pill counters. In all, 1,953 pills were found in the backpack.

Hardwicke's attorney, Justin Oleson, recommended a term of probation. Oleson argued Hardwicke had suffered enough punishment since he lost his job and the case had been very public.

Oleson spoke on Hardwicke's behalf during the investigation by Pocatello investigators. Oleson told the officers Hardwicke had taken the medications in the backpack to his office at the school because the drop box was overflowing. Hardwicke told the investigators he was not selling the pills to anyone.