Wattier sometimes claimed overtime for time it was later discovered he spent watching these videos. 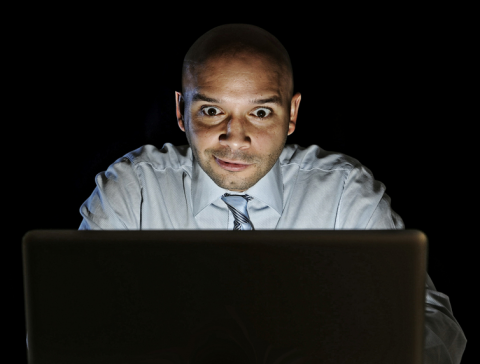 A veteran Peel Regional Police officer who has investigated sex crimes against children and most recently headed up the technological crime unit has admitted to watching 241 child pornography videos stored as evidence from police investigations.

Former detective Craig Wattier, 52, who had been on the force for more three decades, was charged in May 2015 with five counts of relating to fraud, possession of child pornography and accessing child pornography.

He pleaded guilty Tuesday to two of those charges — fraud over $5,000 and breach of trust.

Wattier was not trained to do computer analysis and did no work that would require him to view child exploitation videos, prosecutor Allison Dellandrea said. Only officers working in the child exploitation unit and in the technological crimes unit have access to the special vault.

The first time the videos were viewed was the first week Wattier became the administrative supervisor of the technological crime unit. He spent 38 minutes viewing videos on that day after his shift ended.

Five videos were chosen as a representative sample of the over four hours worth of videos watched by Wattier on several days between 2013 and 2015, according to the agreed statement of facts.

The five sample videos are graphic and show young children, both male and female. Of the 750 files viewed by Wattier, 241 meet the criminal standard for child pornography according to the police but all the videos were from child pornography-related cases and include child nudity.

Wattier sometimes claimed overtime for time it was later discovered he spent watching these videos.

The five sample videos were played for the judge only in the courtroom as Wattier sat eyes downcast, his family seated behind him.

Wattier also admitted to defrauding the police force in several ways over 11 years.

He fraudulently claimed $18,200 in overtime and paid duty, according to the agreed statement of facts.

He fraudulently claimed $18,200 in overtime and paid duty, according to the agreed statement of facts.

He "double-dipped" to the tune of $10,000, being paid concurrently both Peel police and the Criminal Intelligence Service Ontario.

He also bought a high-end Nikon camera and iPhone 6 for personal use with funds for the technological crime unit.

She is seeking a sentence of 18 month to 2 years in jail.

Wattier not only committed a "prolonged and escalating abuse of trust" with his employer and the public, but he used his position as a police officer to covertly access the evidence vault and view the "most sacred type of evidence" for his own reasons, she said.

He "flagrantly abused the trust placed in him as a public officer, particularly his duty to the most vulnerable," Dellandrea said.

Dellandrea noted that it was only through the investigation of the fraud that it was discovered Wattier was accessing the child pornography videos, behaviour she describing as "profound, grave and prolonged."

"His conduct at this moment remains completely unexplained," she said, adding that Wattier does not need to provide an explanation. But, she continued "the conduct in and of itself is inexplicable."

"It leads a very large elephant in the room as to why ... is there any explanation that can be offered," said Justice Katherine McLeod to Wattier's defence lawyer Kevin McCowan during his submissions. She said the mental health issues and stress cited by the defence seem to be as a result of the charges and a death in the family, but do nothing to explain Wattier's actions.

McCowan said he is not able to provide an explanation.

McCowan noted that Wattier has been "completely ostracized" from the police fraternity which is a lifelong punishment. McCowan also said Wattier has otherwise had an "exemplary" career.

He is seeking a conditional sentence of one year for Wattier that would also allow for community service.

Wattier resigned from the Peel Regional Police Service on Nov. 30, 2016.

Enter some description here...
http://www.thespec.com/news-story/7139986-peel-cop-admits-watching-hundreds-of-child-porn-videos-taken-from-evidence-vault/
Tweet
How do you feel about this post?
Happy (0)
Love (0)
Surprised (0)
Sad (0)
Angry (0)
Tags:
Big Three: Chain of Custody assault  kits altered evidence
Ex-Blackfoot cop gets two days in jail for pills
Concord police destroy drugs from take-back initia...
Comment for this post has been locked by admin.