A former Framingham Police officer who was in charge of the department's evidence room is now facing criminal charges after authorities said he used his access to steal $20,000 from the department nearly a year and a half ago. 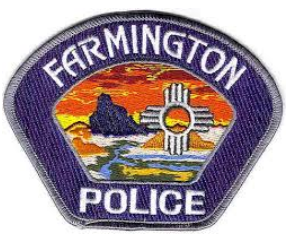 FRAMINGHAM - A former Framingham Police officer who was in charge of the department's evidence room is now facing criminal charges after authorities said he used his access to steal $20,000 from the department nearly a year and a half ago.

On Thursday, a Middlesex County Grand Jury charged Alan Dubeshter with larceny of more than $250 and obtaining an unwarranted privilege. Dubeshter will be arraigned at an unknown date in Middlesex Superior Court.

"As the town manager, I am relieved that the investigative phase of this incident has reached its conclusion," Town Manager Robert Halpin said Thursday, reading from a statement. "In light of the pending charges and judicial process that will now take place, the town will not comment on the specifics of the case itself."

"I just have to let it play out, I really can't comment at this time," he said. "I'm trying to lay low and be a good dad. That's what I'm trying to do – coaching sports and being a good dad to my three kids."

Framingham Police placed Dubeshter, then the head of the department's evidence room, on leave on Sept. 21, 2015. Authorities said that on Sept. 15, Dubeshter had several evidence envelopes in his personal vehicle without authorization. An investigation showed that the envelopes found in Dubeshter's truck had been tampered with and the money inside was missing.

As the investigation continued, authorities discovered numerous other envelopes in the evidence room had been tampered with in the same way.

The news of Dubeshter being placed on paid administrative leave only came out in December 2015 after a memo from Police Chief Ken Ferguson to members of the department was leaked to the press.

"The Massachusetts Attorney General's Office is investigating the issue of missing funds from the Framingham Police Department's Evidence Room," police said in a statement at the time.

In his role as evidence officer, Dubeshter was in charge of cataloging evidence other officers submitted, as well as taking items to various labs and preparing material needed for trial. He was also in charge of destroying evidence when no longer needed.

All of the money Dubeshter is accused of stealing is actually money that had been seized during criminal investigations and is not technically evidence, Halpin said. It does not need to be kept in an evidence room so it will now be kept in a bank account, Halpin said.

Although Dubeshter is accused of stealing $20,000, Halpin said that figure may be incorrect.

"We believe it's higher," Halpin said. The Attorney General's office asked the town not to disclose the exact amount they believe was stolen, he said.

In the wake of the thefts, Framingham Police had two audits done on the evidence room, acting Police Chief Steve Trask said. The first zeroed in on seized money, while the second looked at every piece of evidence – more than 48,000 – in the room.

"We've taken steps to make sure nothing like this ever happens again," Trask said.

Dubeshter officially resigned from the department at the end of April 2016 after collecting more than $40,000 while on paid leave.

He had been a Framingham Police officer since 1986, and prior to becoming the evidence officer, he served as a detective and a bicycle officer. He was also in charge of scheduling police details. It's not clear whether his pension will be affected.

FRAMINGHAM - A former Framingham Police officer who was in charge of the department's evidence room is now facing criminal charges after authorities said he used his access to steal $20,000 from the department nearly a year and a half ago.On Thursday, a Middlesex County Grand Jury charged Alan Dubeshter with larceny of more than $250 and obtaining an unwarranted privilege. Dubeshter will be arraigned at an unknown date in Middlesex Superior Court.“As the town manager, I am relieved that
http://www.wickedlocal.com/news/20170126/ex-cop-alan-dubeshter-indicted-in-framingham-police-evidence-room-theft
Tweet
How do you feel about this post?
Happy (0)
Love (0)
Surprised (0)
Sad (0)
Angry (0)
Tags:
Big Three: property room audit move block Chain of Custody assault  kits altered evidence East Coast
Investigation into Missing Money from Westford Pol...
Former OSP evidence tech gets prison for $50,000 i...

Kansas 06 July 2020
1 Authorities in Kansas say two former Sedgwick County Sheriff's employees have been arrested and charged with theft and other counts after an audit uncovered nearly $150,000 missing from evidence&nbs...
Read more

Florida 06 July 2020
July 4, 2020 A Florida man has been accused of killing a convenience store owner 21 years ago in a home invasion robbery that took place when the suspect was working as a detective for the Jacksonvill...
Read more