A former evidence technician was sentenced to prison for stealing more
than $50,000 while working at the Oregon State Police office in Central
Point 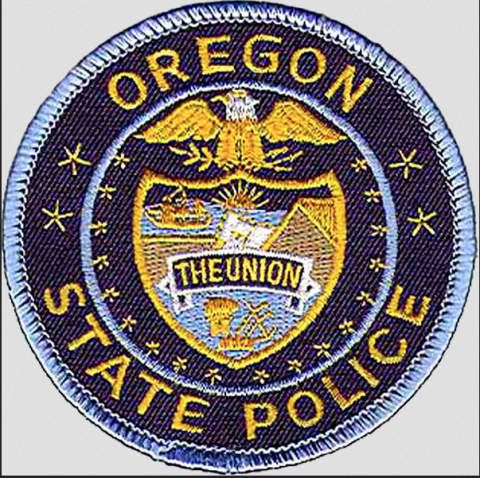 A former evidence technician was sentenced to prison for stealing more than $50,000 while working at the Oregon State Police office in Central Point.

Between July 2012 and February 2014, Parrish used his position, in which he handled lost property and large sums of money seized as evidence, to steal cash in what District Attorney Beth Heckert described as a "complicated manner."

As an example, Heckert said, Parrish forged documents making it look like cash seized from a woman during an arrest had been returned. Investigators discovered the return was fake when arrest records showed the woman was a jail inmate in the state of Washington at the time of the return, according to Heckert.

In another case, Heckert said, Parrish falsified a jail lodging record to collect about $10,000, but the ruse was discovered after he used the wrong mugshot. Parrish also falsely documented requests to donate cash seized in the evidence locker to local charities, before pocketing the money.

"All of this took a lot of time," Heckert said.

Parrish, who worked for six years as an OSP evidence technician, said he committed the thefts during a time when his wife had to stop working and his family was losing its house, according to Heckert. The position of evidence technician is a non-sworn law enforcement position.

"He told the police that's all he ever used the money for, to pay his bills," Heckert said.

Parrish was placed on administrative leave July 23, 2014, according to Heckert.

A LinkedIn page showed Parrish started working as an evidence technician with Oregon State Police in April 2006. He worked as a security shift supervisor for Seven Feathers Hotel and Casino Resort for about 4 years, and worked as a dispatcher, evidence manager and crime scene investigator during his 22 years at the Humboldt State University campus police.

Philip Studenberg, Parrish's court-appointed defense lawyer, said his client committed the crimes at a time when "everything fell apart for him." His client had been counting on promotions that didn't happen because of hiring freezes during the recession, Studenberg said.

"He was in a tough spot," Studenberg said.

Studenberg also claimed that exposure to chemicals in designer drugs such as methamphetamine affected his client, an argument Mejia dismissed as "not very persuasive."

In court, Parrish said that after 35 years in law enforcement, this was not the legacy he wished to leave behind.

"I'm responsible. I did violate the public trust," Parrish said.

Heckert sought a 20-month prison sentence, while Studenberg sought probation for Parrish, arguing that his client has already been ostracized from the local law enforcement community. One of Parrish's daughters addressed the court and asked Mejia for leniency because he'd never done "anything like this" before.

Parrish was ordered to report to Jackson County Jail by 9 a.m. Wednesday.

"I do somewhat sympathize with you," Mejia said. "It's a big fall, it's a huge fall."

Parrish was ordered to pay $54,151 in restitution when he gets out of prison. In November, Parrish pleaded guilty to four felony charges of first-degree theft and two misdemeanor counts of first-degree official misconduct.

Former OSP evidence tech gets prison for $50,000 in thefts - News - MailTribune.com - Medford, OR