The charges stem from a broader scandal after an internal Sheriff's Department audit found that one-third of all evidence taken in by the agency over a two-year span, 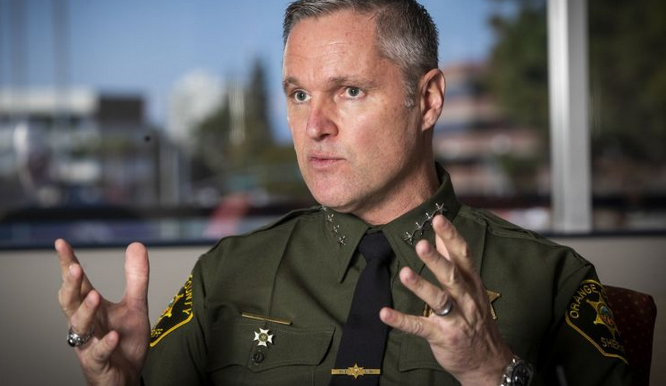 Joseph Anthony Atkinson Jr., 39, and Bryce Richmond Simpson, 31, each pleaded guilty Friday to one count of willful omission to perform their duties, according to a statement issued by the Orange County district attorney's office. Each was sentenced to one year of probation.

The charges stem from a broader scandal after an internal Sheriff's Department audit found that one-third of all evidence taken in by the agency over a two-year span, from February 2016 to February 2018, had not been booked within one day, which is the department's policy. In some instances, evidence was booked months late or never booked at all, attorneys and advocates have said.

Prosecutors reviewed potential criminal charges against at least 17 deputies. Orange County Dist. Atty. Todd Spitzer had initially declined to charge any deputies but since has reversed course and said he did not initially realize the scope of the alleged misconduct. Fifteen deputies still could face charges, according to the statement.

Some cases proved to be particularly egregious. Earlier this year, a filing submitted by the Orange County public defender's office alleged that one deputy was late to book evidence in at least 51 cases, including one instance in which he waited nine months to deliver a machete to the evidence locker after seizing the blade in a traffic stop. The deputy, Philip Avalos, was later promoted to the rank of sergeant.