The agency discovered over 100 pounds of narcotics were missing, court documents show, 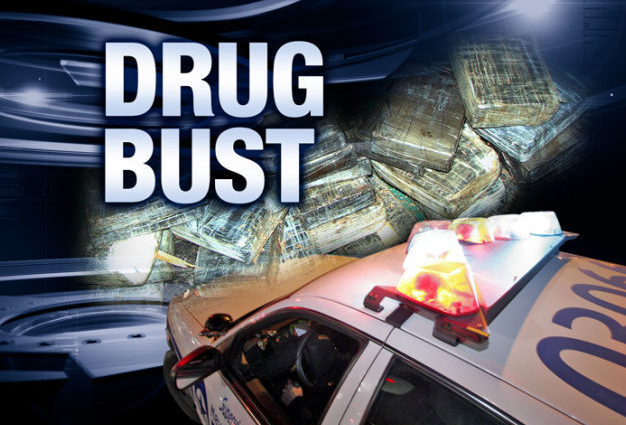 PHOENIX — A former sergeant of the Gila River Police Department has admitted to stealing narcotics from an evidence room and bringing them back to his Casa Grande home.

Michael Coomes, 48, resigned from the tribal police agency shortly after an ex-girlfriend reported finding illegal drugs in the garage of his home on West Falls Canyon Drive.

Coomes was indicted last April for unlawfully possessing methamphetamine, heroin and steroids. He signed a plea agreement in March, admitting to taking at least $6,500 worth of meth from the tribal department.

On Wednesday, the Arizona Peace Officer Standards and Training Board tabled revoking his peace officer certification until Coomes is sentenced later this year. A felony conviction is grounds for mandatory revocation of an officer's certification.

Coomes previously worked for the Pinal County Sheriff's Office and Florence Police Department, according to AZPOST.

His ex-girlfriend, a former part-time officer of the Florence Police Department, claimed she found the drugs inside police evidence bags while looking through a plastic bin in the defendant's garage.

According to court documents, Coomes and his girlfriend were in the process of separating and she was retrieving her belongings from the Casa Grande residence when she stumbled upon the drugs in September 2016.

She didn't report her discovery until October, allegedly because she still had feelings for Coomes.

The Gila River Police Department started an investigation and reviewed the inventory of its evidence room, which Coomes had supervised from 2014 to 2016. The agency discovered over 100 pounds of narcotics were missing, court documents show, some of which were suspected of being the substances discovered by the ex-girlfriend.

No meth or heroin was found when investigators searched Coomes's home in November 2016, but illegal steroids were allegedly discovered in a locked safe.

A couple months later, the ex-girlfriend contacted investigators about a cellphone video she recently had found, which captured her uncovering the narcotics. She claimed she hadn't known her phone was recording while looking through the garage.

The video showed a plastic bin with several packages containing white and yellow substances, according to court documents. One of the packages reportedly had a number written on it that was related to one of the Gila River police cases where drugs had gone missing.

Coomes's attorney attempted to suppress the girlfriend's cellphone video as admissible evidence, arguing it was recorded while she, a police officer, had done an unconstitutional search of Coomes's home.

Prosecutors countered that, stating the ex-girlfriend was not acting in her duties as a police officer while gathering her belongings from Coomes's home.

Coomes's attorney declined to comment on his case. Efforts to speak with Coomes were not successful. He did not respond to a note PinalCentral left on his door.

Coomes is scheduled to be sentenced in August in federal court. His plea agreement states he will not be sentenced to more than three years in prison.

PHOENIX — A former sergeant of the Gila River Police Department has admitted to stealing narcotics from an evidence room and bringing them back to his Casa Grande home.
https://www.pinalcentral.com/casa_grande_dispatch/area_news/ex-pinal-cop-admits-taking-drugs-from-evidence-room/article_4062cf99-f127-5a56-8bce-b116f99ef59e.html
Tweet
How do you feel about this post?
Happy (0)
Love (0)
Surprised (0)
Sad (0)
Angry (0)
Tags:
evidence room admitting stealing narcotics missing officer indicted evidence bags
DNA evidence leads to arrest in more than 30-year-...
Sheriff’s Potentially Sick Building Testing Done i...