DNA evidence led investigators to an arrest in a St. Pete rape case from 1986. 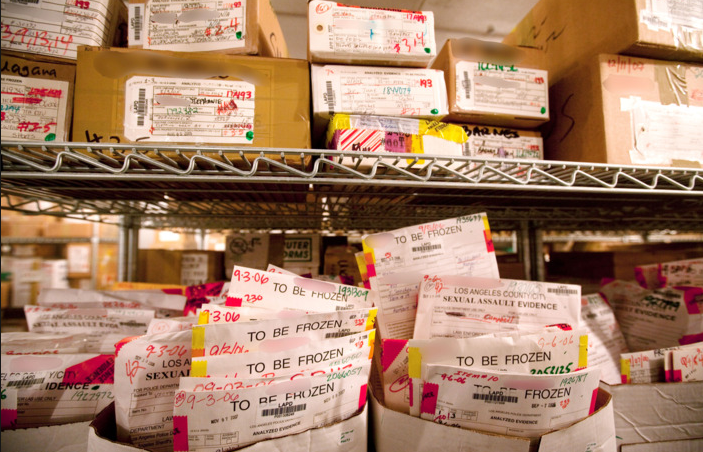 At a first appearance Saturday morning, the judge also said should Stokes bond out of jail, he would be required to wear an electronic device awaiting trial.

Stokes' next court date was not announced.

DNA evidence led investigators to an arrest in a St. Pete rape case from 1986.

DNA evidence was collected at the time and stored, but the case went cold. Detectives renewed their efforts in 2006 but still were unsuccessful.

The case was examined again over the last few months, and this time investigators found a DNA match with Anthony Stokes, who was 25 years old at the time of the crime.

"We've worked with FDLE and our own Pinellas County lab over the years, because the advancements in DNA have been so significant. So, I think just hoping, and reevaluating several of our cold cases throughout the years. We go through and see which ones we think we can make progress," said Major Shannon Halstead, with the St. Pete Police Department. "Fortunately, the detectives recognized this was one we thought we could make a difference."

Investigators arrested him today, and say he showed no remorse. They say the victim is relieved.

He was arrested early Friday morning and charged with armed sexual battery.

Investigators also believe Stokes could be connected to a number of other cases that happened between 1986 and 1987.

"We know for a fact that there are some other cases related to this one. If there is someone out there who thought, it's been 32 years no one cares, it's not true. We would be grateful to put together some other puzzle pieces and move those cases to closure also," said Halstead.

Copyright 2018 Scripps Media, Inc. All rights reserved. This material may not be published, broadcast, rewritten, or redistributed.

A Pinellas County judge set a $250,000 bond Saturday for Anthony Stokes&nbsp;for a 1986 rape in St. Petersburg.
https://www.abcactionnews.com/news/region-south-pinellas/st-petersburg/dna-evidence-leads-to-arrest-in-more-than-30-year-old-rape-case-in-st-pete
Tweet
How do you feel about this post?
Happy (0)
Love (0)
Surprised (0)
Sad (0)
Angry (0)
Tags:
dna arrest rape kit
Hydrocodone pills, tools were allegedly stolen by ...
Ex-Pinal cop admits taking drugs from evidence roo...
Comment for this post has been locked by admin.