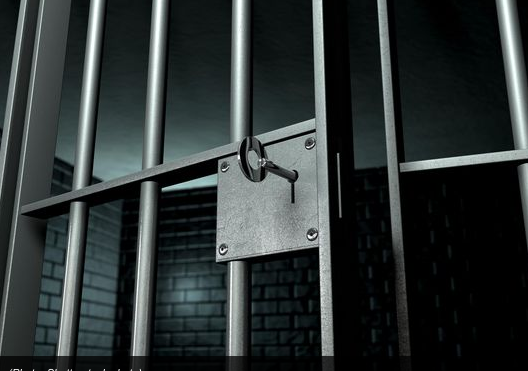 A Tioga County jail sergeant is accused of stealing about 20 hydrocodone pills from a sealed evidence box, snatching tools and other supplies from the correctional facility, all while on duty.

The accusations against Jonathon Edwards, 36, were detailed in Owego Town Court documents released Thursday. Edwards, of Candor, was arrested Monday and taken to the Broome County jail with bail set at $20,000 cash or $40,000 bond, to await further legal action.

Edwards allegedly stole the hydrocodone pills after he unlawfully entered a locked and secure evidence storage area — the Outside Vehicle Evidence Bay at the Tioga County jail in Owego — with intent to commit a crime there on June 15, according to a felony complaint prepared by Investigator Timothy Schmidt of the sheriff's office.

Hydrocodone is an opioid, a narcotic painkiller.

Court documents said the yellow oval pills were marked "V 36 01," and they were suspected to be hydrocodone/acetaminophen, which Edwards possessed illegally.

Also, in early June, court records accuse Edwards of stealing the following items from the jail's maintenance and kitchen areas: a drill bit sharpener, a socket, a light bulb, Allen wrenches, a pencil sharpener, a wrench and two boxes of rubber gloves.

The alleged theft was performed while Edwards was on duty as a corrections sergeant, an "unauthorized exercise of his official functions," Schmidt said in court documents.

Edwards' alleged motive in the thefts was not mentioned in court records, nor has it been disclosed by the sheriff's office.

On Monday, Edwards was charged with a felony count of third-degree burglary and the following misdemeanor counts: official misconduct, petit larceny and seventh-degree criminal possession of a controlled substance.

According to New York State payroll and online records, Edwards has worked for Tioga County since 2006 and as of 2017, he was being paid $50,255 annually.