"I loved (being an Iowa state trooper)," Haugen said. "It was very rewarding. I loved helping people." 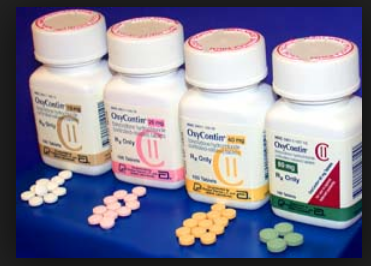 "Those drugs will hook you and they will suck you right in."

FOREST CITY, Iowa -- Michael Haugen has more time these days to reflect on his life as a small-town Iowa boy who grew up to be a proud lawman.

"I loved (being an Iowa state trooper)," Haugen said. "It was very rewarding. I loved helping people."

You can imagine how people reacted when the person who swore to uphold the law was charged with breaking it.

"Shock, dismay, anger, and sadness. I felt horrible," Haugen said. "I wish I could fix it and I'm trying every day to fix what I've broken."

In June, an investigation conducted by the Iowa Division of Criminal Investigation concluded that Haugen, 31, from Forest City performed criminal actions while he was an evidence officer in the district office in Mason City.

It's alleged that Haugen altered labeling on an evidence bag in the Mason City district office in order to remove prescription medication. He is charged with falsifying a public document and third-degree theft in Cerro Gordo County. According to authorities, Haugen's alleged actions may affect as many as six cases in the north central Iowa region.

How it all started Haugen said in 2012 he was suffering from a severe infection and inflammation in his intestines."Sharp stabbing pain and cramping," he said. "Just not comfortable."

His doctor prescribed Hydrocodone. It's one of the most powerful, most common prescription pain medications available.

Haugen said the pills made him feel good at first, but the longer he took them the more he became anxious, then depressed. He said he didn't realize the pills could cause depression until far after he was addicted.

Haugen said he tried several times to stop on his own, but the withdrawal symptoms were brutal.

"Horrible. The flu times 10. Pain. Nauseousness," Haugen said. "You won't be able to understand it, but it's the worst feeling I've ever had in my life."

He said the withdrawal was worse than the intestinal pain he endured to begin with.

Haugen said he knew he needed help, but his job in law enforcement made him feel like it as impossible to find a way out.

"I couldn't ask anybody for help," he said. "I was trapped."

On the advice of his attorney, Haugen declined to answer any questions about what he is accused of doing. He faces up to seven years in prison.

An addiction counselor at Iowa's House of Mercy recovery center said Haugen's case is unusual, but not at all surprising. Rebecca Peterson said she has seen it all.

"It could be a school teacher," Peterson said. "It could be somebody working at the bank. It could be your next door neighbor. (Prescription pain pills) don't discriminate against who is going to become addicted."

People seem to have no problem getting it. Last year, almost one-third of all Iowans received a prescription for these types of pain killers (Schedule II opioids). One-fifth of those doses was for hydrocodone, which Haugen received.

This drug abuse is one of the fastest growing types. Opioid overdose deaths are at or near record highs. That's because people addicted to the pills are 40-times more likely to develop an addiction to heroin.

She said addiction can be avoided if doctors simply obey the law. They're required to warn patients about abuse, to monitor them and stop prescribing if there are warning signs. Haugen claimed no doctor or pharmacist ever warned him.

"I think (patients) should ask, 'How long can I take this before I become addicted? Is this too many pills, the 60 or 90 count? Do I truly need this? Are there any other medications that are going to be just as effective?'" Haugen said.

Moving on with life

Now that Haugen is on the other side of the law, he said, "I believe if you keep treating (addiction) as a criminal type aspect that you're not treating the root cause of the problem."

When asked if being caught was a sense of relief, Haugen replied, "It was. It's what I wanted, but like I said you're confined to your own self. You can't ask for help or at least I couldn't, where I was stuck between law enforcement and the family. I was just tied to that way of life. I was living it for 2 and a half years."

He said his opinion of "drug addicts" has changed. He said they're not people who don't have the willpower or don't have strength to stop using.

"Those drugs will hook you and they will suck you right in and I'm glad I'm done," Haugen said. "I'm sure there are others out there that are in my similar situation that they're afraid to ask for help. I truly hope that I can reach just that one person who needs help who can't ask for it because they're stuck and they're afraid because it's going to define them. But I don't want to let this define me. I want to trudge through it and get back on top of life."

Enter some description here...
http://whotv.com/2016/10/07/guilty-plea-for-former-trooper-accused-of-stealing-drugs-from-evidence/
Tweet
How do you feel about this post?
Happy (0)
Love (0)
Surprised (0)
Sad (0)
Angry (0)
DNA test solves 30-year-old cold case
Chief Placed On Leave After Officer’s In-Station O...
Comment for this post has been locked by admin.