Police said between June 2016 and February 2017, Rilling signed out more than 225 folds of heroin, more than 800 OxyContin pills and a few packets of cocaine from the department's evidence room on the false pretext of needing to have the drugs tested and "ultimately converted these narcotics for his personal use, and consumed them as a result of an addiction to said drugs. 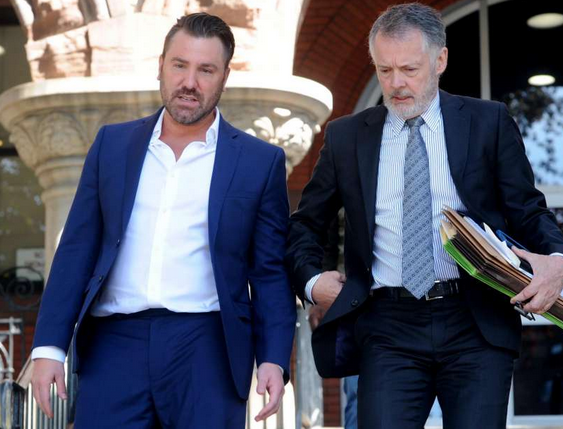 BRIDGEPORT - Investigators were preparing to arrest Fairfield Police Detective Stephen Rilling for allegedly stealing thousands of dollars in heroin and OxyContin pills from the Police Department when Rilling posted a blog purporting to detail his struggle with opioid addiction.

For many, including members of the Fairfield Police Department, the blog was more than a coincidence and although it made no mention of the alleged drug thefts it appeared to set the stage for a defense of drug addiction.

"Like too many other families in Connecticut, my son and our family are facing the effects of the opioid epidemic that is sweeping our state," the mayor said.

"In the past few weeks I learned that my son has a substance abuse problem brought on by prescription pain medication," the mayor said. "He has accepted responsibility for his situation and is in therapy. We are proud of the way he is facing this problem and will continue to stand by him as he works toward recovery."

Neither Stephen Rilling nor his lawyer, John R. Gulash, would comment Friday on a possible defense in the case following the 40-year-old Rilling's arraignment in Superior Court here.

There was no plea entered. Instead, at the request of Senior Assistant State's Attorney Mary Card, the judge ordered the case transferred for prosecution to Superior Court in Milford. Rilling's next court date is June 30.

Rilling, who is free on $5,000 bond, left the Golden Hill Street courthouse without comment.

"He is handling this very difficult situation as well as he can," Gulash said later. "We are just going to take this one step at a time."

In addition to being part of a number of investigations out of Fairfield, Stephen Rilling participated in drug investigations with the state police and in 2006 served as an interim investigator with the Bridgeport State Attorney's Office.

In an effort to avoid a possible conflict of interest, Milford State's Attorney Kevin Lawlor agreed to review the arrest warrant for Rilling and to take over the prosecution of the case.

If convicted of the charges he could face more than 20 years behind bars.

Police said between June 2016 and February 2017, Rilling signed out more than 225 folds of heroin, more than 800 OxyContin pills and a few packets of cocaine from the department's evidence room on the false pretext of needing to have the drugs tested and "ultimately converted these narcotics for his personal use, and consumed them as a result of an addiction to said drugs."

Police said the drugs originated from a number of raids, undercover operations and from the homes of people who overdosed on the drugs. They said none of the 28 cases involved appeared to have been compromised by Rilling's alleged thefts.

In one case, police said that between Feb. 20, and May 1, 2014, Rilling conducted an investigation that resulted in the seizure of 58 folds of heroin. Police said the target of the investigation pleaded guilty in October 2016 and on Dec. 31, 2016, Rilling signed out all 58 folds from the evidence room on the pretense that a follow up investigation was being done.

"None of the evidence was ever returned as required and its whereabouts to date is unknown," the arrest warrant affidavit states.

In March, police said Rilling claimed he had sustained an injury while on duty, which resulted in his absence from work.

"During this period Rilling's behavior, statements and appearance caused alarm among several bureau members who became concerned that Rilling may be improperly consuming drugs," police said.

After meeting with Rilling, police said the concerned officers checked Rilling's desk area and discovered several torn open and empty evidence bags on the floor under his desk.