The drug vault audit, which began in the summer of 2015, couldn't locate nearly a third of a random sample of seized drug and money exhibits. 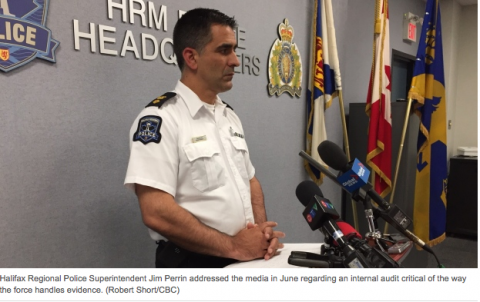 Federal prosecutors in Halifax have received requests to verify evidence in seven separate drug cases, after an internal audit by Halifax Regional Police found widespread disarray in its secure drug and money vaults. The chief federal prosecutor in Atlantic Canada says the Public Prosecution Service of Canada has forwarded the defence requests to police. Halifax police audit finds drugs and money held as evidence can't be located "We have one answer back, indicating there's no issue with respect to the exhibits on that particular file," said Anne Marie Simmons. "We await an answer with respect to the remaining six files." Simmons says the request come from three defence lawyers. Halifax lawyer Stan MacDonald says he's one of them, but he won't give further details to protect his clients' confidentiality. A small fraction of cases "I've written to the Crown identifying clients of mine who are facing charges, asking for an assurance that the exhibits that were seized during searches still exist and are available for court," he said. One of the cases involves a client who entered an early guilty plea. "We have written to try to find out if in fact the exhibits would have been available if we had insisted on a trial," MacDonald said. Simmons says the cases represent a small fraction of drug cases her office handles. "Our counsel deal with all of the drug matters in the Halifax Regional Municipality, feeding into the Halifax and Dartmouth provincial courts, as well as the Superior Court. Seven is a very small number," she said. Police confirm requests Halifax Regional Police spokesperson Theresa Rath confirms police have received the requests. She confirms evidence has been found in one case, while six other requests remain open. The drug vault audit, which began in the summer of 2015, couldn't locate nearly a third of a random sample of seized drug and money exhibits. Halifax Regional Police still can't say how much money and drugs is unaccounted for. A team of three officers and a civilian RCMP employee are searching the vaults for the missing exhibits. Rath says progress is being made, but police won't release any numbers until the search is complete.

Tweet
How do you feel about this post?
Happy (0)
Love (0)
Surprised (0)
Sad (0)
Angry (0)
Sheriff's deputy misplaces evidence, case thrown o...
Federal prosecutors get 7 requests to verify evide...
Comment for this post has been locked by admin.