A former FBI agent in the Washington Field Office pleaded guilty Tuesday to stealing heroin that had been collected as evidence, and in his first public comments, he apologized and warned against the scourge of drug addiction 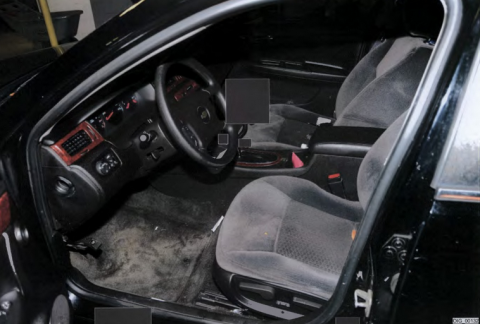 A former FBI agent in the Washington Field Office pleaded guilty Tuesday to stealing heroin that had been collected as evidence, and in his first public comments, he apologized and warned against the scourge of drug addiction.

"Today I informed the court of criminal acts of misconduct that I committed while trying to handle my pain medication," Matthew Lowry told reporters outside the D.C. federal courthouse. "I want to apologize and say I was wrong."

The 33-year-old agent said only a few words during the hour-long court proceeding in which he pleaded guilty to 64 criminal charges, including obstruction of justice, tampering with evidence and possession of heroin. He could be imprisoned for seven or more years when he is sentenced June 29, although his defense attorney will argue for less time.

After the hearing, the fired agent stood with his father, a retired assistant police chief, and spoke briefly and calmly about his personal and professional fall. His attorney has said Lowry became addicted to powerful pain medication wrongly prescribed to treat potentially debilitating ulcerative colitis and that he turned to heroin to self-medicate.

"Hopefully from this situation I'll be able to stand as an example of how not to deal with prescription pain medication abuse and be able to help people understand how powerful and addictive and dangerous they can be," Lowry said. Asked how he was holding up, he paused and said, "I'm getting better."

Lowry was caught at the end of September when he didn't return home after work. Fellow agents found him nearly incoherent standing outside his agency car, which had run out of gas in a vacant lot near the Navy Yard in Southeast Washington. Agents later found drugs in open evidence bags in the car.

The theft of heroin from three drug cases­ over the course a year forced federal prosecutors to dismiss cases against 28 defendants, many of whom had already been convicted and sentenced to prison. Cases against 150 more defendants were investigated but not dropped.

Lowry, in a statement issued by his attorney after charges were filed March 20, stated his regret about ruining investigations and said he had helped investigators by walking them through how he stole drugs undetected for about a year.