Fitzgerald: Voting in the dark for sheriff

Allegations that the sheriff's evidence locker had gone to hell and thousands of pieces of evidence were missing led to a grand jury investigation — again, still ongoing. 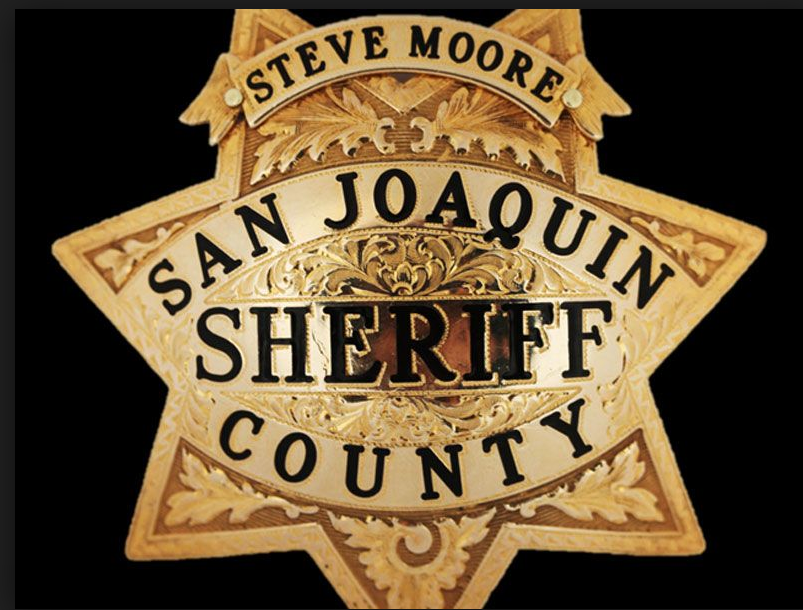 Sheriff's Office politics often confound me. Politics involving allegations of misconduct, that is.

Unless the press can prove allegations against a sheriff, the accusations trigger law enforcement investigations. Down comes a curtain of secrecy. The curtain is necessary. But it takes far too long to lift.

So it was in the case of Sheriff Steve Moore. The three-term incumbent appeared to be on the way to defeat late Tuesday night to challenger Pat Withrow.

The doctors said Moore overruled their medical opinions and reclassified several homicides as accidents to cover up causes of deaths during arrest or custody.

That is a gravely serious charge.

Moore, denying any wrongdoing, said the sheriff-coroner takes a broader view of field reports and other evidence beyond autopsies. He may sometimes come to different conclusions.

It's suspicious when the conclusions differ in the cases of fellow police officers. But suspicion is all there is, officially. Nothing is proven. The investigation plods on.

Nevertheless, county supervisors voted to sever the Coroner's Office from Moore's command. To restore public trust that may have been necessary. It also helped Withrow in the election.

Withrow's campaign mailers presented the pathologists' allegations against Moore as fact. "Sheriff Moore broke the trust of the citizens ..." one flyer said. "He manipulated investigations. He clouded the truth."

Such claims brought a rebuke from former D.A. Jim Willett. Rallying to Moore's aid, Willett blasted the claims as "false," "sensationalistic" and "unfounded."

"Sheriff Moore has never acted outside the scope of his authority or in discord with proper policies and practices as County Coroner," Willett said in a mailer.

Well, who knows? The present D.A. and her office are in that long, dark tunnel of process which excludes the public. We probably won't know the real deal until well after the election. If we ever do.

Allegations that Moore and some deputies bought evidence guns at steep discounts, "Gungate," did not result in charges. The district attorney did say the practice should stop.

Allegations that the sheriff's evidence locker had gone to hell and thousands of pieces of evidence were missing led to a grand jury investigation — again, still ongoing.

To my knowledge no single criminal case has been compromised by missing evidence.

That may be why Moore won endorsements from four out of five county supervisors; sheriffs of several surrounding counties; three retired Stockton police chiefs; various bigwigs.

Elected officials and other inside-baseball types may also wonder about Withrow's association with N. Allen Sawyer. The imprisoned-then-cleared attorney and political consultant ran Withrow's first campaign and probably helped him in this one, too.

Sawyer, part of a previous Sheriff's scandal, is a perfect example of the baffling unknowability of alleged Sheriff misconduct. After a sensational investigation, then-Sheriff Baxter Dunn, Sawyer and a few others were found guilty of conspiring to use their offices for profit. They went to prison.

Then the charge to which they all pleaded guilty was declared unconstitutional by the U.S. Supreme Court. Sawyer is now defending former Stockton Mayor Anthony Silva — whom he helped to win office — against felony charges of embezzlement and money laundering. Another reason some dislike him. I get on with him. We have a cheese plate now and then at a wine bar and talk politics.

Even as the county's population grew, including the urban enclaves of Lathrop and Mountain House, even as county leaders cut budgets, county crime averaged a 5.3 percent drop over the period from 2008-17, according to FBI statistics.

And Moore always stayed on budget.

But the way things work, allegations against a sheriff — even those made by political foes — may trigger a long process that fails to clear the sheriff before the next election.

None of this is to cast any aspersions on Withrow. If history is any guide, others will do that in time. Nor is it to give Moore a Get Out of Jail Free card.

What can a voter do? You take what you know and cast the best vote you can.

Sheriff’s Office politics often confound me. Politics involving allegations of misconduct, that is.Unless the press can prove allegations against a sheriff, the accusations trigger law enforcement investigations. Down comes a curtain of secrecy. The curtain is necessary. But it takes far too long to lift.So it was in the case of Sheriff Steve Moore. The three-term incumbent appeared to be on the way to defeat late Tuesday night to challenger Pat Withrow.Moore was rocked by a political
http://www.recordnet.com/news/20180605/fitzgerald-voting-in-dark-for-sheriff
Tweet
Tags:
West Coast missing evidence property room audit evidence locker grand jury investigation
×
Stay Informed