A former Berkeley County Sheriff's Department captain who sold guns from
the department's evidence room was sentenced to 10 days in jail during a
hearing Thursday afternoon. 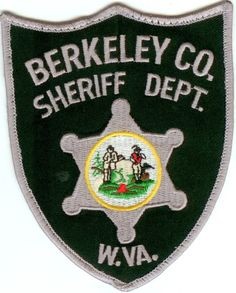 MARTINSBURG, W.Va. — A former Berkeley County Sheriff's Department captain who sold guns from the department's evidence room was sentenced to 10 days in jail during a hearing Thursday afternoon.

Dennis Streets, 55, of Martinsburg, was convicted last August on embezzlement charges but the conviction was vacated by Circuit Judge John Yoder because of comments from prosecutors during the trial's closing arguments that Yoder said tainted the jury.

The judge ordered a new trial but the state Supreme Court overturned the ruling in a June opinion saying there was more than enough evidence to convict Streets regardless of the comments.

On Thursday, Yoder handed down the 10-day sentence and ordered it to start immediately. Streets was also sentenced to five years probation. Streets committed the embezzlement between October 2008 and March 2013, when he sold 13 guns to Glockcop. LLC by falsely telling the business owner he had the authority to sell the firearms.

He received $5,000. Assistant Berkeley County Prosecuting Attorney Tim Helman was seeking a 1-10 year prison term based on four aggravated factors including being in a position of trust, tampering with evidence and failure to admit wrongdoing.

"The public needs to see that the law applies to everyone," Helman said during the sentencing. Streets' attorney, Craig Manford, brought in three citizens to testify on Streets' behalf, all of which spoke highly of him and noted that he has always been an honest and hard working man.

Manford brought up the argument that because Streets has already lost his retirement (and the ability to apply for any job that involves carrying a firearm), he should've received a milder sentence – which Judge Yoder also agreed with. Judge Yoder cited remarks made by both Helman and Manford when determining the sentence, and stated that his decision was also influenced by the unlikely instance that Streets will commit a crime of this caliber again.