According to an initial state police report,Stone opened sealed packages of evidence for ongoing criminal cases to steal money and drugs that had been confiscated by the department. Police said he would "sometimes reseal or repackage" the evidence to conceal his theft. 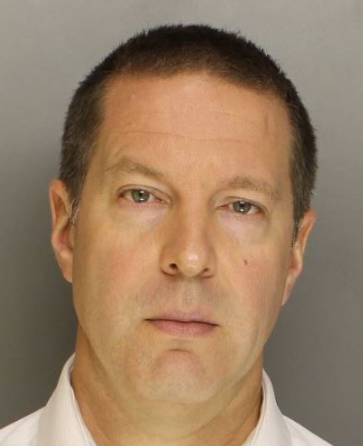 BEAVER -- More than 150 charges were held for trial against a former Center Township police officer accused of stealing drugs and money from the department's evidence room.

Jeff Stone, 45, of Center resigned from his post as a police officer amid a Pennsylvania State Police investigation into evidence, including drugs and money, missing from the Center Township Police Department.

No hearing took place, and Schaffer held the charges based on the evidence filed in the criminal complaint.

While not specifically commenting on the case, defense attorney Steven Valsamidis said Stone has "the full support of his family.

"He is doing well dealing with the underlying addiction and is doing all the right things in the meantime to maintain his sobriety," Valsamidis said.

Several law enforcement officers have expressed their support, he said.

"They're here for him," Valsamidis said.

According to an initial state police report, Stone opened sealed packages of evidence for ongoing criminal cases to steal money and drugs that had been confiscated by the department. Police said he would "sometimes reseal or repackage" the evidence to conceal his theft.

In addition to his position as a patrolman for the department, Stone acted as the evidence room custodian for 16 years, police said. According to the report, Stone had access to "all evidence and items both secured in custody and items anticipated to be placed into evidence."

Police said his duties as evidence room custodian, as well as patrolman, put him in routine contact with illegal substances, money and firearms. Drugs including prescription medications, heroin, fentanyl, cocaine and marijuana, as well as drug paraphernalia, were found missing, police said.

Stone is also accused of taking nearly $17,300 in cash, according to the complaint.

He is scheduled for trial in July.