According to the Lonoke County Detention Center, Arkansas State Police (ASP) arrested Branden Hampton, 36, of Ward Wednesday on charges of theft and felony tampering with a public record. 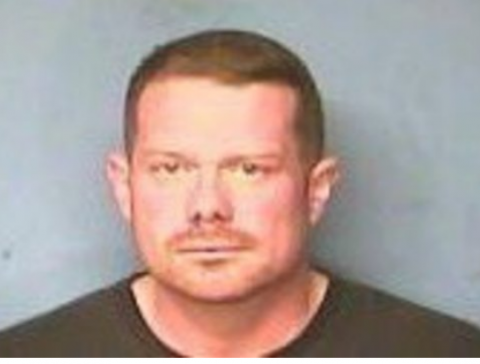 According to the Lonoke County Detention Center, Arkansas State Police (ASP) arrested Branden Hampton, 36, of Ward Wednesday on charges of theft and felony tampering with a public record.

Sheriff John Staley said Hampton resigned amid the investigation that began in October 2016.

During a special agent's investigation, he found Hampton notified the sheriff's office Oct. 17 that a confidential informant (CI 1) stole $1,150 in cash from a safe that was in his work vehicle. The money was later recovered.

After the investigator reviewed Hampton's drug buy fund log, the report states he found another confidential informant (CI 2) was given $700, but there was no information, evidence or case file reflecting that CI 2 used the money for expenses or to buy narcotics.

The report said the receipts had CI 2's signature on them, but he told police he never signed the receipts or made any purchases for the sheriff's office during that time. The investigator backed up CI 2's allegations with hospital records that prove it would have been impossible for CI 2 to receive and sign for the $700. It's unclear where the money is now.

After Hampton claimed CI 1 stole the $1,150 from his safe, the report states he recovered $600 from CI 1 and returned it to the sheriff's office. CI 1's mother returned the remaining $550.

According to the investigator, CI 1 denied stealing any money and the sheriff's office was unsure if he was covering for Hampton.

The sheriff's office stated it wouldn't pursue charges against CI 1 at this time, pending the outcome of the investigation against Hampton.

According to the Lonoke County Detention Center, Hampton was released on his own recognizance shortly after he turned himself in Wednesday.