Thousands of empty bags of heroin were found throughout Butler's office, authorities said. 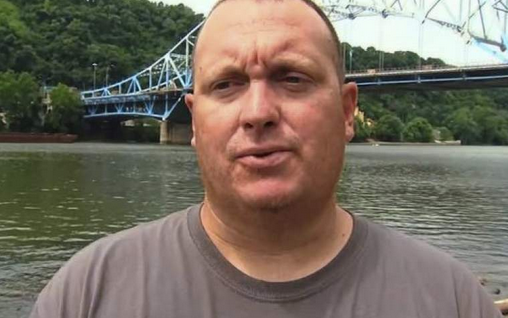 Thousands of empty bags of heroin were found throughout Butler's office, authorities said. He'd been with the department for nearly two decades, and he was appointed chief in 2014.

Butler, 42, of Finleyville, turned himself in to authorities Thursday morning. He was arraigned and released on non-monetary bond. A bond hearing is scheduled for Friday.

Butler's officers noticed "suspicious behavior" Dec. 6 when he was seen interacting with a man found in possession of suspected heroin, according a criminal complaint. Questioned by officers, the man told them he was making controlled drug buys for Butler.

Sgt. Garrett Kimmell said it was unlikely he would be unaware of such an investigation.

The next day, Kimmell confronted Butler about his behavior, according to the complaint. He first denied having any problems but then allegedly told his sergeant he was addicted to heroin.

"Butler explained he became addicted after taking prescribed Vicodin for neck and back pain and blamed the doctors," District Attorney's Detective Lyle Graber wrote in the complaint.

Kimmell asked Butler if there was any missing evidence.

"It was a mess," he replied, according to the complaint.

Kimmell asked how bad it was.

"Butler stated that 'it was all gone,' that any heroin in evidence was all gone," according to the complaint.

Kimmell alerted borough officials, and Butler turned in his badge, gun and evidence key and was placed on leave and driven home, investigators said.

Graber wrote that Butler wept in a Dec. 10 meeting with the borough solicitor and other officials, apologizing and saying "he could not believe this was happening to him," according to the complaint.

"Butler also blamed the doctor, relating 'once they got me off the pills, I had no choice,'" Graber wrote.

Kimmell and Clairton police officers searched Butler's office. In his trash can were approximately 2,700 loose stamp bags and 62 bundles, which each contain 10 bags, according to the complaint. All were empty.

In and around Butler's desk, investigators found 535 loose stamp bags – all empty. An evidence envelope labeled as containing "approx. 2531 bags of heroin" was found empty, according to the complaint.

More evidence was missing from the evidence room.

Butler, according to the complaint, also was in charge of collecting and depositing parking meter money. In previous years, the total had been between $4,000 and $6,000. No deposit was made in 2017.