A former Enfield police officer has been indicted on numerous counts of embezzlement and evidence tampering and an investigation into possible child exploitation charges is currently ongoing.

Halifax County Sheriff Wes Tripp said this evening the second-degree exploitation case against Willie C. Murphy Jr. is being conducted by sheriff's office with assistance of the United States Department of Homeland Security.

As of this report Murphy had not been taken into custody.

The indictments in which the case is based involve sheriff's office investigators finding multiple items of unsealed evidence belonging to the Enfield Police Department in Murphy's home, Tripp said in a statement.

The case initially hinged on information the sheriff's office received on July 27 from what the sheriff described as an "outside entity" citing alleged second-degree exploitation of a minor child.

Tripp declined to elaborate this evening when asked whether this charge involved child pornography or an alleged sexual act.

Investigators executed a search warrant at Murphy's residence in the Halifax area on August 4 with assistance from homeland security.

While conducting the search of the residence Investigators located multiple items of unsealed evidence belonging to the Enfield Police Department.

Investigators also located multiple items of evidence that appeared to have been collected from different crime scenes which had never been submitted into evidence by policy of the department and also as required by law.

The sheriff's office consulted the district attorney's office on the findings and deemed an audit of the evidence room at the Enfield Police Department was warranted as Murphy, a former lieutenant, was the evidence custodian.

At the conclusion of the audit, additional evidence was found to be altered, damaged, or missing from within the evidence room.

Investigators discovered 86 items of evidence had been altered, stolen, or mishandled. Additionally, an undisclosed amount of currency, an estimated 1 pound of marijuana, and other illicit drugs were discovered to be missing or unaccounted for.

Murphy has been indicted on 14 counts of embezzlement by a local government employee; 18 counts of altering, destroying, or stealing criminal evidence; 18 counts of willfully failing to discharge duties; and four counts of obstructing justice.

The sheriff's office continues to investigate the initial allegations of sexual exploitation of a minor child and anticipates further charges.

Tripp did confirm Murphy had been a former employee with the sheriff's office but declined elaboration based on personnel statutes.

"When I started as chief we put in processes of checks and balances to hold our officers accountable for their actions," Chief Tyree Davis said. "Even though it's unfortunate that it has come to this, I'm pleased to say that our process worked."

Davis said about a month ago he met with the sheriff's office about an investigation that was recently started on Murphy.

After being approached about the matter Murphy resigned.

Said Davis: "For transparency of the evidence that was stolen from Enfield, I requested that an outside agency conduct the investigation. During our investigation and because of our processes in place we were able to verify that Murphy was the only officer involved with taking the evidence from Enfield. I'm not sure who else is involved, if anybody, or how Murphy was able to have evidence that belongs to the Halifax County Sheriff Office at his house."

Davis, referring to the sheriff's office, said in the statement the sheriff's office contacted an outside agency about a year ago when they noticed evidence was stolen from their evidence room. "I'm not sure if the evidence located in Murphy's house is a part of that investigation or not."

Tripp said a holding cell key from the courthouse and a sheriff's office issued ID with Murphy's picture was found at his house during the search. He said however, it has nothing to do with the pending Enfield cases.

As far as his investigation involving a former employee, Tripp said, "I cannot discuss details because of it being a personnel matter and because it is still under investigation. In that matter I found the issue at hand. I called the DA and also made contact with the FBI and SBI to lead the investigation of that matter."

In the Murphy case Tripp said once evidence was found belonging to the Enfield Police Department at the former officer's house detectives called Davis.

Meanwhile, Davis said in his statement, "I cannot take away all the good that Murphy has done for our department and community over the years. I know that good people make bad decisions sometimes. However, when you allegedly commit such illegal acts you yourself cast dark shadows over all the good you've done."

Said Davis: "For some type of justification, people will say that there are bad apples in every profession. I stand firm in believing that law enforcement is a profession where we cannot afford to have bad apples.

"I also know it's easy to paint us all with the same brush but we are not all the same. We have a lot of great officers in our department and county."

He said he thanked the sheriff's office for conducting the investigation. "Just because this happened with one of our former officers my stance remains the same. I tell people all the time and I will say it again today — good cops hate bad cops more than you do. Well today, the good cops won." 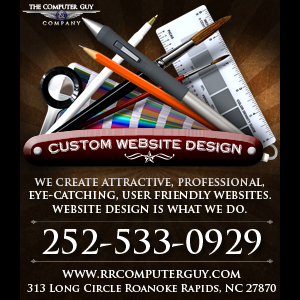