"If the case was closed and she did not think anyone would come looking for the drugs, then that would be a case from which she would take methamphetamine." 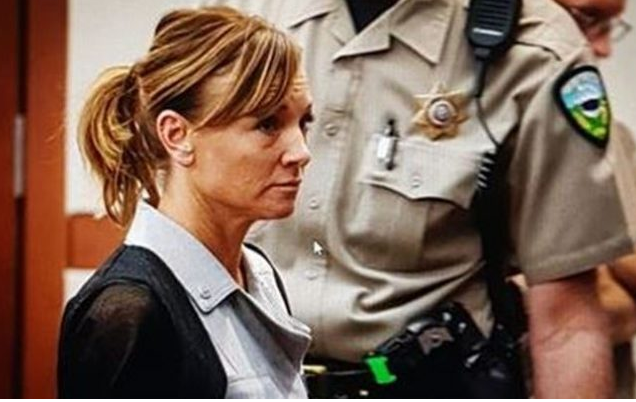 OGDEN, Utah, Oct. 25, 2018 (Gephardt Daily) — Candace Follum, a former evidence technician for the Weber County Sheriff's Office, has pleaded guilty to consuming contraband being held in evidence by the department for court cases.

Follum accepted a deal on Tuesday, pleading guilty to 40 charges: 20 of destroying or altering public records, a third-degree felony, and 20 of possession or used of a controlled substance, a class A misdemeanor.

The illegal drug she sought out and consumed was methamphetamine.

The deal recommends that Follum spend a year in jail, half of it in a work-release program. She would serve her sentence at the Box Elder County Jail to avoid a conflict of interest due to her former connection with Weber County law officials.

According to the probable cause statement, the Weber County Attorney's Office was notified on Jan. 5, 2018, that nearly a month earlier, Weber County Sheriff's officials had found Follum under the influence of methamphetamine while on duty. She told officers she had taken the meth from the evidence room, the statement says.

"During a subsequent interview with a Weber County Attorney investigator, Candice Follum admitted that she had become addicted to methamphetamine while working at the Sheriff's office, and had been stealing from evidence for three years."

She used meth every other day, she told investigators, and took the drug by eating it. Follum told officials she used drugs only at work.

"A box containing packing was located in the office similar to what Mrs. Follum described," the probable cause statement says. "However, the box contained packing from approximately 60 different cases. When confronted with the fact that the evidence suggested she took drugs from many more cases, Mrs. Follum acknowledged that it was possible."

Follum told officials she would take drugs from envelopes in the drug box, then look up the cases to determine if the person was sentenced.

"If the case was closed and she did not think anyone would come looking for the drugs, then that would be a case from which she would take methamphetamine."

Investigators conducted an audit of the evidence room, examining thousands of items for evidence of tampering.

"As a result of the audit and further criminal investigation, the following crimes were discovered:

"In 38 cases, investigators found evidence packaging which had originally contained methamphetamine that had been unsealed or ripped open and the contents removed. In most of these cases, the original officer at the time seizing drugs conducted a NIK test of the drugs, which tested positive for amphetamines."