The controversy between members of the top brass is connected to the handling of things in their evidence room. 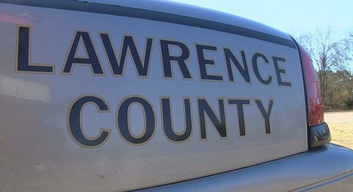 The chief of staff and operations, Cpt. Tim McWhorter, has been suspended with pay and he is fighting to clear his name over what he says are false accusations.

The controversy between members of the top brass is connected to the handling of things in their evidence room. An investigation is underway over concerns of wrong doing.

McWhorter has several other duties, including head of patrol and the agency's spokesman and he was also the evidence custodian.

Several weeks ago, the chief of investigations was given those duties and McWhorter says he learned that the sheriff had received third hand information about the possible mishandling of evidence.

At first, McWhorter says the sheriff told him that since the information was third hand, an investigation was not warranted.

In an effort to clear his name and set the record straight, McWhorter requested an investigation and the sheriff granted it, hiring a neutral third party to conduct it.

The issue now is over the fact that McWhorter has been suspended with pay during the investigation, which he says according to the employee handbook is a disciplinary action.. He thought he was just placed on leave and has denied any wrongdoing.

Both he and the sheriff declined an interview Friday due to the ongoing investigation, but Sheriff Mitchell said suspending someone with pay is not a disciplinary action. He added if that that were the case, McWhorter would be suspended without pay.

McWhorter shared a letter he sent to the sheriff on Jan. 22, in which he requested the investigation into any allegations or accusations that led to the recent actions taken to reassign his duties as evidence custodian and administrator of the evidence tracking system.

"I have spoken with you about this matter and you indicated that an accusation was made and delivered to you third hand, that I may have done something inappropriate with evidence while assigned as custodian of the evidence room," McWhorter wrote, "While you did not elaborate on the specifics of the accusation, it appears it was of a nature that you felt it necessary to replace me as the custodian of evidence and the administrator of the evidence tracking system."

"These actions were done without explanation to me. As I have previously said, I have never done anything intentionally inappropriate with evidence, or any other property while acting as custodian of evidence," he said.

McWhorter says information about his reassignment and rumors of wrongdoing have traveled throughout the department and the community and impacted his standing within the agency.

"I am greatly concerned with the repercussions that have followed the handling of this situation and I wish to clear my name from any false accusations that may have been made," he stated in his letter to the sheriff. "This is a matter than I believe needs to be investigated further to help exonerate me and repair the damage that has been inflicted on my reputation."

Mitchell responded with a letter to McWhorter, granting his request for an investigation.

"In order to ensure an unbiased investigation, I have requested an outside agency to conduct the investigation," the sheriff said.

He informed McWhorter that he was suspended with pay, effective immediately and told him to turn in all of his equipment.

McWhorter declined to comment further on the matter on Friday.

"I simply wanted to make sure that the great citizens of Lawrence County, who I have served for almost 20 years and my fellow colleagues in the Law Enforcement Community knew the facts that have led to my current situation," he said in an email.

Here is McWhorter's full statement to the media:

Chief Staff and Operations Tim McWhorter, who is a 19 year law enforcement veteran with an unblemished career working for three different Sheriff's, was put on paid leave after he requested an investigation be conducted into allegations of inappropriate conduct while performing his duties as custodian of evidence for the Lawrence County Sheriff's Office. Chief McWhorter has been with the Sheriff's Office his entire career and has worked in every division within the agency. He has held the rank of Jailer, School Resource Officer, Deputy, Sergeant, Lieutenant, Captain and most recently Chief of Staff and Operations.

A report from the Decatur Police Department reveals McWhorter's girlfriend accused him of physically assaulting her on Dec. 8. The police report states she told officers McWhorter showed up drunk at her home, squeezed her arm hard enough to leave a bruise, and threw her against a kitchen counter.

Officers became aware of the incident during a welfare check on her on Dec. 28.

McWhorter was not charged, but there is a report on file third-degree domestic violence and harassment. Enter some description here...
http://www.waff.com/story/37388876/investigation-underway-into-evidence-handling-within-lawrence-co-sheriffs-office/
Tweet
How do you feel about this post?
Happy (0)
Love (0)
Surprised (0)
Sad (0)
Angry (0)
Halifax police probe allegations that evidence was...
Former evidence tech pleads guilty to consuming co...
Comment for this post has been locked by admin.