Earlier this year, Halifax police completed an audit about thousands of items that had gone missing over several decades. 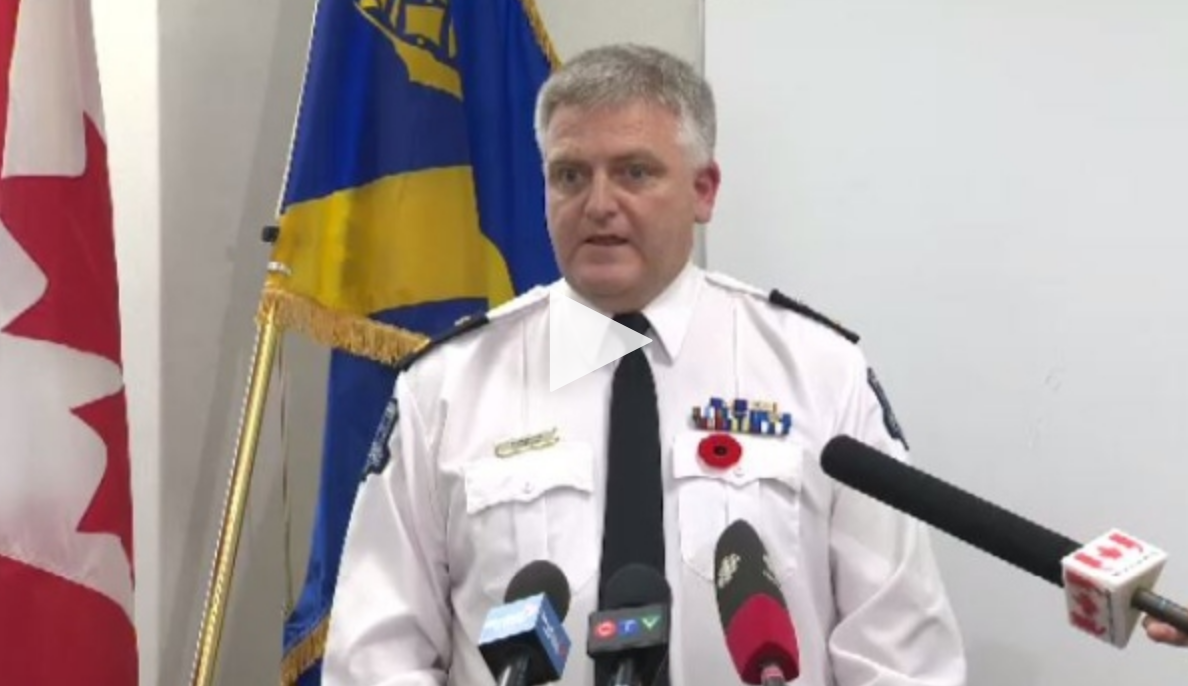 Halifax police are investigating four of their own staff over allegations that property was mishandled.

They say the items in the force's property and exhibit section had been designated for destruction, and didn't include drugs or weapons.

However, the four civilian employees have been placed on leave with pay while the matter is being investigated.

The force says the section handles property that is seized, surrendered or found, while the exhibits are kept for investigative and court purposes, as well as to return property to its owners.

"On Wednesday, information came to light internally that led to questions about the handling of property designated for destruction, and a criminal investigation was immediately initiated," Chief Jean Michel Blais said in a news release. "At this time, it is unknown if there will be grounds for criminal charges."

There are only four people in the section, though there are other levels of oversight above them, one of whom is a direct supervisor, police force spokeswoman Neera Ritcey wrote in an email.

Deputy Chief Robin McNeil said during a news conference late Friday that it is not "a large number" of items, but he declined to provide an estimate of its financial value.

He said part of the police force's desire to release information before any criminal charges are laid is because police are aware there may be strong public concern about the security of any items stored by police.

Earlier this year, Halifax police completed an audit about thousands of items that had gone missing over several decades.

Among the missing police exhibits were 293 sums of cash, 331 large drug exhibits and 2,628 smaller and non-drug exhibits, some of which were located during the audit.

In its report to the Board of Police Commissioners in January, the police audit said the missing drugs were likely destroyed and it's believed the missing cash had been deposited into a police bank account.

Still, the audit blamed a number of factors, including inadequate recording and tracking of exhibits, non-standardized training and a lack of adherence to procedures by officers, and exhibits that were destroyed without proper documentation.

Since the audit, the police force took a number of steps to strengthen its processes, including an annual audit of drug exhibits, the creation of an enhanced electronic tracking system, and training for officers.

During his Friday news conference McNeil said that as a result of this earlier, high-profile audit, the police force wants to be particularly transparent on the topic of mishandled items.

"What we will acknowledge that was a very important issue and we're here speaking about this today because we recognize the public will be very interested. We need to be sensitive to the continuity of evidence," he said.

McNeil also emphasized that the investigation is not connected to the drug exhibit locker, as in the prior probe. Still, in a follow-up email, Ritcey noted the force will be reviewing its procedures in the property and exhibit section.

The force says more details will be released as the process unfolds in an investigation that will be jointly conducted by the RCMP and the Halifax police force.

The province's independent agency for investigating police incidents, known as the Serious Incident Response Team, doesn't have jurisdiction over the civilian employees of the police force

Halifax police are investigating four of their own staff over allegations that property was mishandled. They say the items in the force's property and exhibit section had been designated for destruction, and didn't include drugs or weapons.
https://atlantic.ctvnews.ca/halifax-police-probe-allegations-that-evidence-was-mishandled-staffers-on-leave-1.4161071
Tweet
How do you feel about this post?
Happy (0)
Love (0)
Surprised (0)
Sad (0)
Angry (0)
Tags:
exhibit section mishandled evidence evidence room
Washington city ends guns sales by police after AP...
Investigation underway into evidence handling with...