A federal grand jury indicted a former sergeant for the Gates County Sheriff's Office Monday with stealing firearms and possessing a significant amount of controlled substances with the intent to distribute them. 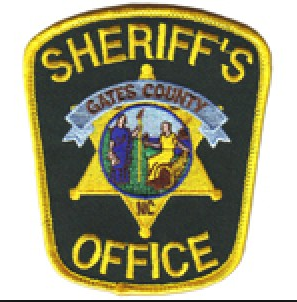 RALEIGH – A federal grand jury indicted a former sergeant for the Gates County Sheriff's Office Monday with stealing firearms and possessing a significant amount of controlled substances with the intent to distribute them.

33-year-old Brandon Scott Hawks of Eure, North Carolina, was charged with two counts of possession of a stolen firearm and one count of possession with the intent to distribute a quantity of controlled substances.

Hawks had been employed as a deputy with the sheriff's office since 2006 and was a sergeant when he was arrested on embezzlement charges after a corruption investigation by the North Carolina State Department of Investigation.

The indictment accuses Hawks of possessing a stolen Glock 26 handgun from July 23-December 6, 2017. Court records say that he unlawfully seized the gun during a traffic stop on July 23, 2017 and that it was never submitted as evidence to the sheriff's office. The gun was found at his home on December 6, 2017.

The second count of the indictment also charges Hawks with possessing a stolen firearm from May 27, 2014 until December 6, 2017.

The third count charges that on December 6, 2017, Hawks possessed with the intent to distribute several controlled substances including heroin, crack cocaine, cocaine, fentanyl, oxycodone, morphine, methamphetamine and marijuana. These substances were considered property of the Gates County Sheriff's Office and were seized during criminal investigations.

Hawks was fired from the sheriff's office on December 6, 2017.