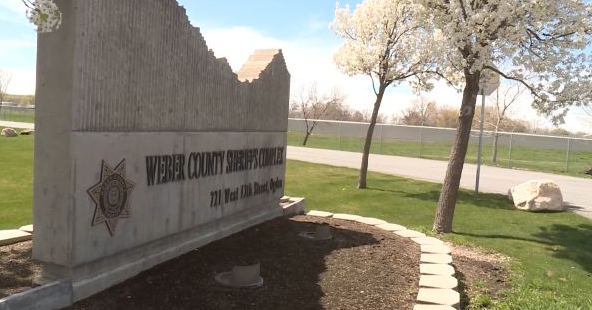 OGDEN — Despite complaints from colleagues, prosecutors and others, a former Weber County Sheriff's Office supervisor failed to report concerns about an employee who later acknowledged she had used methamphetamine that had been stored as evidence, according to a newly-released investigation.

Over the course of a two-year period, the employee's performance plunged, according to a review made public by the office Friday.

The employee left behind discarded packages when she took drugs from the county's evidence locker, also pocketing money, jewelry, purses, and other items, the investigation found. Additionally, she failed to send sexual assault kits and other evidence to the state crime lab, kept the room in disarray and did not respond to requests from police and prosecutors seeking evidence, according to their statements included in the report.

"Multiple criminal cases were dismissed as a result of evidence related issues," the review states.

KSL has chosen not to name the woman at this time. A separate criminal investigation is ongoing, but no charges have been filed and no arrest made.

The woman's supervisor, Kevin Burns, then a lieutenant who went on to become a sheriff's deputy over a different division of the sheriff's office, allowed the behavior "to go unchecked and unreported," the report states. Neither is still employed by the sheriff's office.

Burns found evidence of drug theft on Dec. 11, spotting an empty, popped-open drug package, but did not report it to his bosses, the review alleges.

It adds that days earlier in December, colleagues believed his employee was overdosing while at work, with slurred speech, glassy eyes and bad balance. Burns said at the time he believed it was a medical issue, according to the report.

The evidence technician was fired in January, and Burns no longer works for the sheriff's office as of April 9. The office previously has declined to specify the terms he left under; Burns has said he retired.

Burns' former employee was placed on leave in December. In a personnel hearing Jan. 4, she acknowledged she had been using methamphetamine she obtained from the office, according to the report. She was terminated roughly a week later on Jan. 12, sheriff's spokesman Matt Jensen has said.

Several colleagues suggested a drug test be administered to the evidence technician at several different points, but no such test was given, the report says.

The inquiry found her performance declined around the time Burns began supervising her in 2016, when an internal audit of the room and evidence-related record keeping revealed "several severe issues," including that it was "messy, unorganized with stacks of evidence everywhere." But the sheriff and chief deputy weren't informed, the probe said.

Burns was also told "by at least five separate people over a two-year period of suspicions that (she) was abusing drugs." Of the five, three were experienced narcotic investigators, the report states.

Despite the concerns, the review found Burns didn't appear to take any action, complete yearly evaluations or document the complaints.

The investigation also revealed the woman appeared to have lost her key to the room's door, so she cut a hole in the door, crawled through and dismantled the lock.

Burns, who is running for Weber County Sheriff, wrote on his campaign Facebook page in April that he retired and was made a scapegoat. He said he tried addressing the issues, requesting more cameras and employees, and called for an outside investigation when the alleged theft came to light.

According to the report, the office is reviewing evidence from the room but says hundreds of pieces have been tampered with and others are missing. It says it will take thousands of hours to restore and the cost "is likely to be excessive."

"The public will undoubtedly lose trust," the review states. "Steps must be taken to restore the confidence in the office through transparency."

Despite complaints, a former Weber County Sheriff's Office supervisor failed to report concerns about an employee who later acknowledged she had used methamphetamine that had been stored as evidence, according to a newly-released investigation.
https://www.ksl.com/?sid=46314597&nid=148&title=report-supervisor-didnt-act-on-warning-signs-surrounding-weber-evidence-employee