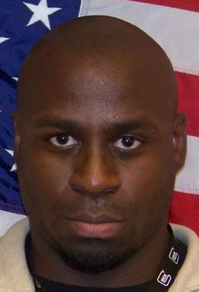 A former Gwinnett county sheriff's deputy and federal drug task force member has been indicted in federal court on charges that he used his position to steal some of the drugs that he was tasked with getting off the streets.

Antione Riggins, 40, is accused of stealing cocaine and methamphetamine before they could be entered as evidence in cases and then giving false statements to hide the drug thefts, according to a statement issued by the Department of Justice on Tuesday.

"Riggins' alleged theft of previously seized drugs is shocking," U.S. Attorney Byung J. "BJay" Pak said in a statement. "He also allegedly fabricated documents and made false statements to prevent the arrest and prosecution of the drug trafficking suspects from whom the drugs were seized, in an apparent effort to cover his tracks. Riggins's alleged actions betray the community he was sworn to protect."

The charges Riggins is facing include possession with intent to distribute controlled substances, unlawfully removing property to prevent government seizure, and making false statements and documents.

The case is being investigated by the FBI, the Georgia Bureau of Investigation, the U.S. Department of Homeland Security's Office of Inspector General and the Gwinnett County District Attorney's Office.

Riggins worked for the Gwinnett Sheriff's Office for nearly 14 years, from June 2004 until May 2018, according to Sheriff's Office spokeswoman Shannon Volkodav. He had been a member of the federal drug task force for about two years and became the subject of a corruption investigation during that time.

He resigned while he was under investigation, Volkodav said. She also said there had been no previously disciplinary issues during his tenure with the sheriff's office.

"It's always disappointing to hear serious allegations against someone entrusted with a badge. There is no room in our profession for anyone who violates public trust by willfully engaging in criminal behavior," Gwinnett County Sheriff Butch Conway said in a statement. "We want justice to prevail and anyone involved in such egregious behavior to be held fully accountable."

Pak's office said Riggins was tasked with transporting three kilograms of cocaine that had been confiscated after a high speed chase and crash. The deputy only checked in one kilogram of cocaine at the Gwinnett County evidence vault and failed to obtain a warrant for the suspected cocaine trafficker's arrest, prosecutors said.

A few months later, in July 2017, six kilograms of methamphetamine was seized from an Atlanta hotel room. Riggins was again tasked with checking the drugs into the evidence vault, but none of the methamphetamine was checked in, according to Pak's office.

FBI Atlanta field office Special Agent in Charge Chris Hacker said he found the charges against Riggins to be particularly upsetting because of the fact that Riggins worked in law enforcement.

"The alleged actions of this individual undermine and insult the integrity of every law enforcement officer who takes an oath to serve and protect the people in their communities," Hacker said.

A former Gwinnett county sheriff's deputy and federal drug task force member has been indicted in federal court on charges that he used his position to steal some of the
https://www.gwinnettdailypost.com/local/former-gwinnett-sheriff-s-deputy-indicted-for-stealing-confiscated-drugs/article_3329c950-e482-11e9-b3fd-1fba251a13cd.html
Tweet
How do you feel about this post?
Happy (0)
Love (0)
Surprised (0)
Sad (0)
Angry (0)
Tags:
STEAL DRUGS DEPUTY INDICTED
Kelso PD clerk returns rifle kept in evidence for ...
Seized guns, OT piling up for some sheriffs' offic...
Comment for this post has been locked by admin.