Instead of leaving the pistols in the sheriff's office evidence room, he signed them in and took them for himself, 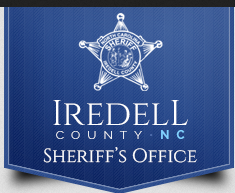 he former Iredell deputy charged with taking two pistols he seized during an investigation pleaded no-contest Wednesday to larceny and obstruction of justice.

A Superior Court judge sentenced Thomas Lane "Tommy" Adams to 24 months of supervised probation in lieu of a 90-day active sentence. He must also surrender his law enforcement certification and complete 50 hours of community service.

The plea meant that Adams doesn't admit to or dispute the charges, but is still treated as being guilty.

Adams was charged in December 2010 for the incident which occurred in April 2006, according to Assistant District Attorney Carrie Nitzu.

On that day, Adams arrested a man for possession of firearm by a felon and seized two Ruger .357s.

Instead of leaving the pistols in the sheriff's office evidence room, he signed them in and took them for himself, Nitzu told Superior Court Judge Christopher Bragg.

When the man Adams arrested entered a plea about a year later, deputies noticed the firearms were missing and questioned Adams about them, Nitzu said. They then found one inside a safe in his home and another in his car.

"He thought he had permission and was in compliance …," Adams' attorney Kimberly Taylor told Bragg. "He understands he did something wrong but did not intend to."

After the evidence was heard, Bragg told Adams that about 98 percent of people who appear in court are good people who made mistakes.

"But, you're going to have to pay for this mistake," he continued. "Not being an officer anymore will probably be the worst punishment of all of this."

"Justice has been served," Iredell Sheriff Darren Campbell said following the hearing. "I hope he learned from the mistake and understands that no matter who you are, you are not above the law."

Campbell was the supervisor of the sheriff's office criminal investigations division when the crime occurred.

Adams was fired and is no longer affiliated with the Iredell County Sheriff's Office, Campbell said.

Taylor, who spoke for Adams following the hearing, said her client spends the majority of his time taking care of his disabled stepson and selling farm equipment.

The former Iredell deputy charged with taking two pistols he seized during an investigation pleaded no-contest Wednesday to larceny and obstruction of justice.
http://www.statesville.com/townnews/criminal_law/former-iredell-deputy-sentenced-to-probation-in-evidence-theft-case/article_152f4bde-40ae-11e7-ae74-13580aa2459b.html
Tweet
How do you feel about this post?
Happy (0)
Love (0)
Surprised (0)
Sad (0)
Angry (0)
Tags:
Big Three: Chain of Custody assault  kits altered evidence
Murder suspect arrested in 20-year-old Columbus co...
Suffolk officer testifies about destruction of evi...
Comment for this post has been locked by admin.