Suffolk officer testifies about destruction of evidence in Bittrolff case 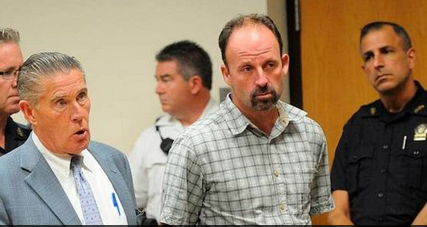 The Suffolk County Police Department destroyed evidence in two murders because of a paperwork error, an officer testified Wednesday at the trial of the man charged in both cases.

The department also destroyed evidence that might have linked one of its sergeants to the cases because it wasn't identified as homicide evidence, said the officer, Linda Passarella, who worked for more than 13 years at the department's Property Bureau.

She testified in Riverhead at the second-degree murder trial of John Bittrolff, 50, the Manorville carpenter accused of killing Rita Tangredi, 31, of East Patchogue on Nov. 2, 1993, and Colleen McNamee, 20, of Holbrook on Jan. 30, 1994.

The evidence in question was wood chips found on McNamee's body and wood chips found in the police car used by Sgt. Michael Murphy when he was a suspect in 1998. Murphy has since been promoted to lieutenant.

When her testimony was done, state Supreme Court Justice Richard Ambro instructed the jury that the government is legally obligated to keep evidence in case the defense wants to use it.

"You may — but are not required to — infer that the destroyed evidence would have been favorable to the defense," Ambro told jurors.

In his opening statement earlier this month, defense attorney William Keahon of Hauppauge suggested the destruction was deliberate, and designed to protect Murphy.

"You think this is coincidence?" Keahon said then. "How many times do they tell you, 'We screwed up'?"

Since Bittrolff's arrest in 2014, Assistant District Attorney Robert Biancavilla has said the wood chips and Bittrolff's DNA, found on both bodies, were part of his "signature style" of killing.

But it wasn't until earlier this year that prosecutors disclosed that the wood chips were destroyed years ago, that Murphy was once a suspect and that evidence from his car was destroyed, too.

During questioning by Assistant District Attorney Jen Milito, Passarella said old, unneeded evidence and property kept at the department's warehouse in Yaphank is periodically destroyed to make room for new evidence. But evidence in a homicide is never supposed to be removed, she said.

But it happened in this case because a computer-generated form listed the detective who submitted the evidence as coming from the Criminal Intelligence Squad, not Homicide. Similarly, the evidence from Murphy's car was listed as an Internal Affairs case, not Homicide, she said.

During cross-examination by Keahon, Passarella conceded that other paperwork for the crime scene wood chips said in several places it was homicide evidence and noted it should not be destroyed even after the case was closed.

She said she did not know if wood chips from the Tangredi scene were destroyed at the same time as those from the McNamee scene.

Bittrolff faces a maximum 50 years to life in prison if convicted.

The Suffolk County Police Department destroyed evidence in two murders because of a paperwork error, an officer testified Wednesday at the trial of the man
https://www.newsday.com/long-island/crime/suffolk-officer-testifies-about-destruction-of-evidence-in-bittrolff-case-1.13662165
Tweet
How do you feel about this post?
Happy (0)
Love (0)
Surprised (0)
Sad (0)
Angry (0)
Tags:
East Coast missing evidence Big Three: Chain of Custody assault  kits altered evidence
Former Iredell deputy sentenced to probation in ev...
Better technology comes through for Farah family i...