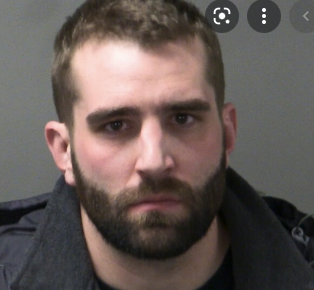 Thomas Dwayne Reif, 28, pleaded guilty to possession of a controlled substance by misrepresentation, fraud, forgery, deception or subterfuge in a federal court in Medford, a release from the U.S. Attorney's Office for the District of Oregon showed.

Reif, who is slated to be sentenced on Nov. 23, faces a potential maximum sentence of four years in prison, a $250,000 fine and one year of supervised release.

On Nov. 27, 2020, Reif reportedly entered the Klamath Falls Police Department's evidence room with an unauthorized key, removed an evidence item containing methamphetamine and fentanyl and then returned the evidence item to the evidence locker some time later, the release stated.

Later, Reif overdosed while driving his police car, which in turn jumped a median and caused a multi-vehicle accident, the release stated. A toxicology report showed that Reif was under the influence of methamphetamine and fentanyl.

The FBI investigated the case with assistance from the Oregon State Police. The Klamath Falls Police Department cooperated and provided assistance during the investigation, the release stated. John C. Brassell, the assistant U.S. attorney for the District of Oregon, is prosecuting the case.

This is a breaking news story. Check back at heraldandnews.com for updates.

A former Klamath Falls police officer, who stole narcotics from an evidence room and caused a DUII crash last November, pleaded guilty Tuesday to multiple federal charges related to the
https://www.heraldandnews.com/news/local_news/former-klamath-falls-officer-pleads-guilty-to-stealing-drugs-from-evidence-room/article_266ab500-b8ff-5f16-8dbe-24cdd18c157b.html
Tweet
How do you feel about this post?
Happy (0)
Love (0)
Surprised (0)
Sad (0)
Angry (0)
The City of Dallas discovered more police evidence...
Evidence allegedly destroyed by officers at police...
Comment for this post has been locked by admin.