City officials discovered an additional 15 terabytes of missing Dallas police evidence and files from the city secretary's office during its ongoing audit of a massive data deletion that occurred in April, a city spokeswoman said Monday. 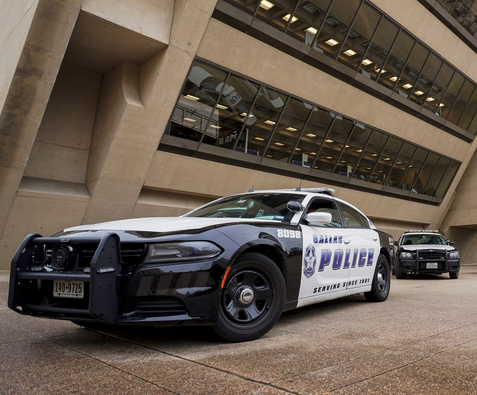 City officials discovered an additional 15 terabytes of Dallas police evidence and files from the city secretary's office were missing during its ongoing audit of a massive erroneous data deletion, according to emails obtained Monday by The Dallas Morning News.

The city also fired an information technology employee Friday in connection with the lost evidence, according to the emails.

The discovery brings the total loss of files, as of Monday, to about 22.5 terabytes. The audit was initiated this month after Dallas County prosecutors learned an information technology employee improperly moved police evidence from a storage cloud to a local server resulting in the permanent loss of about 7.5 terabytes of information in April.

City officials have said they aim to complete the audit by Sept. 30. It is unclear what types of crimes or how many cases are involved. The city also said it's possible the audit will uncover more missing evidence.

"The city continues to assess the impact of the compromise on its operations, whether data recovery specialists can recover data from the physical devices on which it had been stored or other systems, and whether any additional systems citywide have been affected," spokeswoman Janella Newsome said Monday. "As the city continues this audit, it may find additional files are missing."

An audit team reviewing the city's "entire data archive and back-up process" identified the 15 additional terabytes, according to an email sent to City Council members from Elizabeth Reich, the city's chief financial officer. It is unclear when the newly discovered 15 terabytes were deleted. Dallas police said Monday the additional 15 terabytes seem to have been deleted at a separate time from the other 7.5 terabytes.

The audit also showed the IT employee has a "pattern of error," Reich wrote in an email. "Additional information collected during the course of the internal audit demonstrates a pattern of error on the part of the employee which substantiates and justifies the termination action," she said.

The employee did not respond to requests for comment Monday from The News. When reached last week before he was fired, he declined to comment.Dallas police investigated the former IT employee, who has not been named outside internal city documents, for a possible charge of tampering with government records in connection with the evidence loss and decided his action was not criminal, according to records obtained by The News.

"It is alleged the employee failed to follow procedures and deleted data from DPD archives," records from the public integrity unit said.

The public integrity unit began its investigation April 26 and closed it June 9 without telling the Dallas County District Attorney's Office about the missing evidence. The city did not inform District Attorney John Creuzot about the evidence loss until earlier this month.

The records do not provide detailed notes or a narrative about what investigators uncovered. The News has requested the city provide documents with more details about the inquiry.

Faced with questions from the mayor, city council members and journalists, City Manager T.C. Broadnax and Chief Information Officer Bill Zielinski said about the first batch of missing data that the former employee was supposed to move 35 terabytes of archived police files from online storage to a physical city drive starting March 31.

It was supposed to take around five days to move the information. But the employee "failed to follow established procedure" and wound up deleting 22 terabytes from the city's network drive. More than 14 terabytes were recovered from that batch.

Police Chief Eddie García referred questions Monday about the evidence loss to public information officers. He told City Council members Aug. 19 that crimes against people, such as rapes and murders, were most likely not affected in the first batch of data that was lost. But the Dallas County District Attorney's Office would not go so far, saying its prosecutors are reviewing every single case received from Dallas police.

"We're not relying on global statements from anyone at this time. This appears to be a fluid situation, and we're going to look at each case and make certain we have everything in every case," Creuzot said Monday.

Dallas police on Monday also said they are no longer confident violent crimes against people weren't impacted in the newly discovered evidence loss.

"In collaboration with our City of Dallas Information Technology Systems Department, the department is assessing the impact of the newly discovered lost data," Dallas Police Sergeant Warren Mitchell said. "This lost data is not believed to have been part of the initial process that took place in April of 2021. Until there is more information from this assessment, it would [be] premature for the department to make a statement about the potential impact."

Impact in the courts

The crimes against people cases are high priority for a prosecutor, said Messina Madson, former acting Dallas County District Attorney. Those cases are typically the most violent crimes and pack heavy investigations with a lot of evidence, she said.

Those also carry the lengthiest sentences. Any defense lawyer will want to independently review every shred of evidence, said Madson, now a defense attorney with the Madson Castello firm.

"It challenges the integrity of any case investigated during the period," Madson said.

State law requires prosecutors to turn over to defense lawyers all evidence against a suspect, even if the prosecution doesn't intend to use it. Defense lawyers will want to know whether their cases are among the ones with missing data because information, and the lack of it, can affect a verdict or determine whether a case will even make it to trial.

Defendants who already took plea deals or were found guilty could challenge their convictions, if they think their cases to be among those with lost evidence.

The new development further compounds a backlog of cases created by the COVID-19 pandemic which stalled jury trials, Madson said.

A murder suspect was released from the Dallas County jail earlier this month because prosecutors said on the day of his trial that they needed more time to make sure his case wasn't among those impacted. Last week, the Dallas County Public Defender's Office called for independent audits for 18 murder cases.

Creuzot's memo to defense lawyers Aug. 11 notifying them of the blunder set in motion public awareness. García and Broadnax have said they didn't alert Creuzot or city leaders because they didn't realize the magnitude of the loss and believed the IT department could still recover files.

Though Madson said defense lawyers are in an "awkward situation" of having to review every one of their cases, she praised Creuzot for quickly sounding the alarm.

"If we're ever going to have any kind of faith in the criminal justice system, the right response is complete transparency," she said.