Chief allegedly took $867 out of the evidence vault 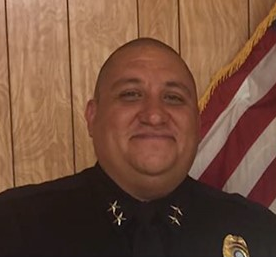 ABILENE, TX — More information about allegations against the former Merkel Chief of Police has been revealed in the latest court documents recently obtained by KXVA FOX15.

The documents state that 40-year-old Christopher Ortiz, who has been the Merkel Chief of Police since 2014, knowingly concealed money that was seized as evidence in an investigation. Ortiz allegedly took $867 out of the evidence vault on May 15, 2018.

The records state that a Merkel Police Department employee noticed that the money was missing. According to the documents, Ortiz voluntarily met with Texas Ranger Joshua Burson. Ortiz told Ranger Burson that he was having financial difficulties and was going to replace the money. He then said he continued to have financial difficulties and never returned the money to the vault. Ortiz did admit he knew the money was evidence in a pending case.

Records also indicate Ortiz is charged with Tampering with Evidence and his bond has been set at $10,000.

The city of Merkel released employee notices that were given to Christopher Ortiz. Ortiz has been the chief of police for Merkel since 2014.

The city manager, Steve Campbell, confirms that Ortiz is being under investigation for the mishandling of money.

On June 29th, the city placed Ortiz on paid administrative leave. Ortiz was to surrender all MPD credentials until further notice.

On July 3rd, another letter was sent by the city, after failing to provide any official report by Ortiz, it resulted in unpaid administrative leave.

A final notice was given to Ortiz on July 6th, detailing the upcoming city council meeting. It was to inform Ortiz over his hearing, but he didn't show up according the Campbell.

The community started a petition to bring Ortiz back and currently has over 100 signatures.