Former Mobile Police Officer, after he was arrested last summer on three criminal charges: tampering with physical evidence, theft of property, and possession of a controlled substance. 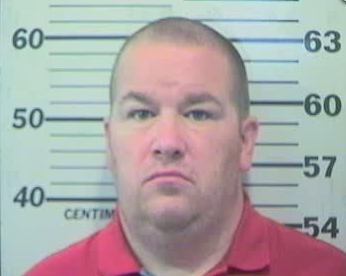 A Mobile County Grand Jury has indicted Damian Colvin, a former Mobile Police Officer, after he was arrested last summer on three criminal charges: tampering with physical evidence, theft of property, and possession of a controlled substance.

The Grand Jury returned a true bill on all three charges.

In the indictment, the Grand Jury wrote that on August 22, 2017, Colvin, 45, took possession of narcotics pills after detaining a suspect and upon "realizing he was being recorded by a camera (he threw) the pills onto the grass."

The indictment said the pills in question were Hydrocodone, Oxycodone, Oxycontin, Alprazolam, and/or Morphine.

"It was an internal complaint filed by another police officer that witnessed what he believed to be illegal conduct by the officer that resigned," explained Mobile's Public Safety Director, James Barber.

When FOX10 News called for a comment Tuesday, July 17, Colvin's attorney said he was not aware of the indictment, and declined to comment until he had a chance to look over the documents.

Assistant District Attorney Deborah Tillman told FOX10 News the Mobile County Circuit Court has recently suffered budget cuts and layoffs, and is understaffed so much to the point the court system has a backup of filing court documents in a timely manner.

"We have people out of jail who probably should be in jail, we've had too many circumstances were judges have withdrawn warrants, and because of the delay in processing, people get arrested anyhow, and spend perhaps several days in jail when they should never have been in jail. That's just some of the situation we have," said Lockett.

Tillman declined to comment further about the evidence in Colvin's case, but said his case has been assigned to Judge Brooks. However, Tillman said, because of the backlog issue, no court date has been set yet for Colvin.