The deputy began experiencing a Fentanyl overdose and gave himself two doses of Narcan. 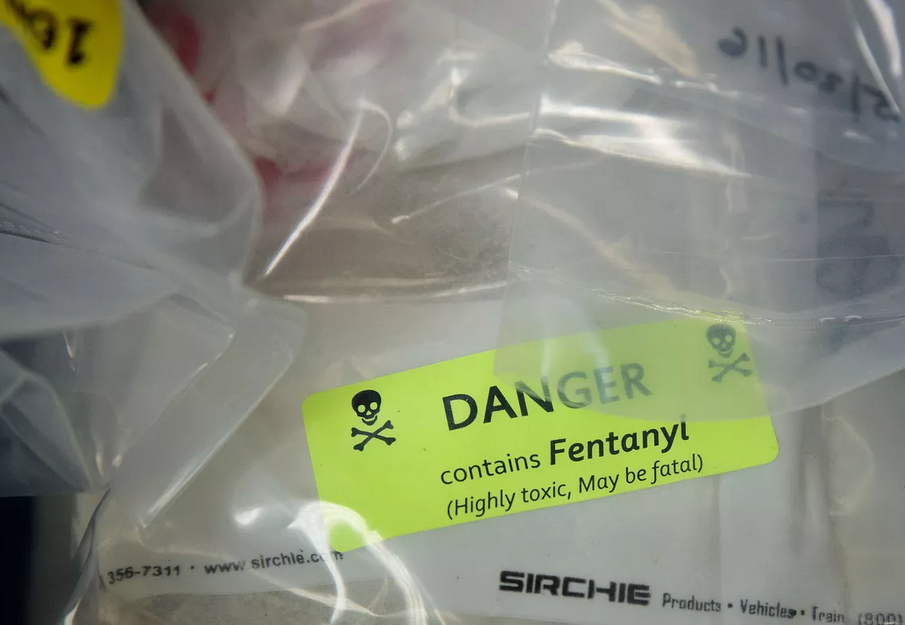 MEMPHIS, Tenn.-- A former narcotics deputy has filed a federal lawsuit against the Shelby County Sheriff's Office and a third-party mental health provider after suffering two overdoses of fentanyl from contaminated evidence. The deputy is no longer with the narcotics division but is still employed by the Sheriff's Office.

Alarming allegations are laid out in a 13-page complaint filed Friday.

On July 31, 2018, Charles Eldridge, who was a narcotics officer with the Shelby County Sheriff's Office, was transporting evidence after an operation.

However according to the complaint that wasn't all that was seized. There was cash too and unknown to the team, it turns out that cash had been contaminated by the Fentanyl and wasn't specially sealed.

The deputy began experiencing a Fentanyl overdose and gave himself two doses of Narcan. The lawsuit says the Fentanyl contaminated other parts of the vehicle.

Eldridge was taken to the hospital and was treated and went to work the next day while his SCSO vehicle was decontaminated by the department.

Two weeks after the first overdose, on August 15, 2018, Eldridge was driving his vehicle again. The vehicle he says SCSO assured him was properly decontaminated.

After turning on the air conditioning he began experiencing symptoms of another Fentanyl overdose. He again gave himself two doses of Narcan and was taken to the hospital.

But after he got out of the hospital this time, attorneys say his life took a drastic turn.

He began having suicidal thoughts, panic attacks and anxiety as a result of the second overdose, saying that second overdose occurred because of SCSO's negligence, failing to properly decontaminate his duty-issued vehicle.

Also listed in the complaint is CorVel, a company working with SCSO, who Eldridge attempted to seek psychological treatment with after the overdoses.

The complaint says after allowing Eldridge to see a clinical psychologist they refused to approve a psychiatrist to prescribe medication needed.

Attorneys saying because of the negligence and damages, PTSD and anxiety Eldridge was unable to take his lieutenant's exam, which would've been a promotion and pay increase. He said he suffers so significantly he can no longer act as a law enforcement officer.

We reached out to CorVel for comment but have not heard back.

Edward Bearman, an attorney for Eldridge sent us this statement:

"Charles Eldridge has spent his adult life protecting the people of Shelby County. While the complaint speaks for itself, this is an event that did not have to happen. It is disconcerting, to say the least, that the administrators of the Shelby County OJI plan, CorVel, have shown such disregard for my clients health and welfare. CorVel's delay and interference certainly seems like an effort to save money and not to take care of those who serve the citizens of Shelby County. It has had a devastating effect on my client and his family. Let us not forget that the families of first responders sacrifice as well. Instead of being concerned first and foremost for the care of the people who risk their lives for us all, it seems as if that idea was discarded for the saving of a few pennies for the County and CorVel. Our first responders deserve better. They are there for us. We look forward to developing this case and investigating the relationship and contractual arrangement the County has with its OJI provider. We hope the attention this case brings will help other first responders in light of the fact the County no longer has medical retirements for first responders. We hope it also raises a discussion on the importance of implementing plans to protect people from the dangers of Fentanyl, which is unfortunately becoming more prevalent and more dangerous for everyone including law enforcement. We need people like Charles Eldridge and his fellow officers on the street keeping this drug away from our children and communities."

A former narcotics officer has filed a federal lawsuit against the Shelby County Sheriff's Office and a third-party mental health provider after suffering two overdoses of fentanyl from contaminated evidence.
https://wreg.com/2019/07/22/former-narcotics-officer-sues-sheriffs-office-following-fentanyl-overdoses/
Tweet
How do you feel about this post?
Happy (0)
Love (0)
Surprised (0)
Sad (1)
Angry (0)
Tags:
fentanyl overdose
As officials clear backlog of rape kits, delays hi...
Clermont Sheriff: claim your stuff before it's dis...
Comment for this post has been locked by admin.