A former New London police officer, who resigned last year after an
investigation into problems in the department's property room, was found dead   inside a vehicle in the commuter lot at Exit 24 on Interstate 395. 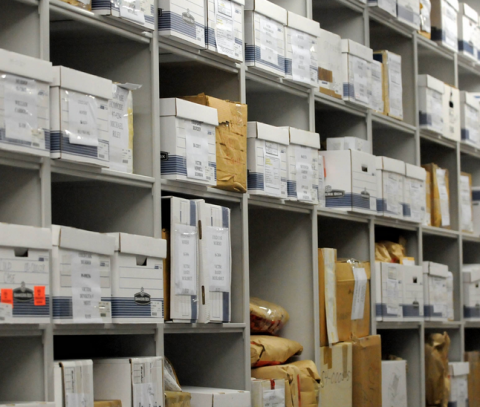 Griswold — A former New London police officer, who resigned last year after an investigation into problems in the department's property room, was found dead Monday afternoon inside a vehicle in the commuter lot at Exit 24 on Interstate 395.

State police said late Monday night that no foul play is suspected in the death of Russell MacDonald, 35, of Jewett City.

Trooper First Class Kelly Grant, a state police spokeswoman, said troopers from Troop E in Montville responded around 4:30 p.m. to a report of an unresponsive man inside a vehicle. The Office of the Chief Medical Examiner is investigating to determine cause and manner of death.

In a Tuesday morning statement, Mayor Michael Passero said he learned of MacDonald's death "with a sense of sadness."

"During this difficult period, the city wishes to expresses our condolences and thoughts to Mr. MacDonald's family," Passero said.

"At this time we will not be commenting on this incident," he said.

Friends and family at the time told police MacDonald had "not been himself for the past two years," and a live-in girlfriend said she'd found him "not fully responsive" on their couch the day before.

At the time, Reichard said an audit of the department's property rooms, where seized items are stored, revealed "several inconsistencies."

MacDonald was placed on paid administrative leave at the time for "personal" and "personnel" reasons following the incident at his home.

Police took measures to further secure the evidence rooms. The evidence problem led to some cases being dropped in court.

Tom Carson, spokesman for the U.S. Attorney's office, said MacDonald had not been indicted on any charges.