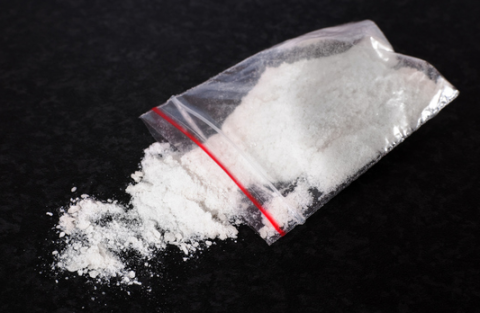 A former Columbus Police Department narcotics division supervisor who admitted taking drugs from the department's evidence room will not be going to prison.

Jeremy R. Coomes, 39, was given a nine-year sentence Wednesday afternoon in Bartholomew Circuit Court on a Level 3 felony, possession of methamphetamine; a one-year sentence on a less serious Level 6 felony charge, official misconduct; and a six-month sentence for a Class A misdemeanor, theft.

The sentences will run concurrently, with eight years of the sentence suspended, according to Judge Stephen Heimann's order.

The Columbus resident will spend the first year under a home-detention or work-release program, with at least five months of it on work release from the Bartholomew County Jail.

Although the next five years will be served on probation, any infraction of the conditions could result in being sent to prison for nine years, Heimann said.

While Heimann did not acknowledge the potential threat that the former narcotics officer faces in prison, that danger was acknowledged during closing statements from defense attorney Edward Merchant of Indianapolis.

Coomes, who resigned from the police department Oct. 22, 2015, was accused of obtaining narcotic evidence through 11 cases under the guise of using them in educational programs, court documents state.

Drugs removed from the evidence room include about 2 pounds of crystal methamphetamine with an estimated street value of about $87,000, investigating detective Matthew Loyd of the Indiana State Police testified.

When evidence was returned, some of it was missing, some of it had been replaced with other substances, and evidence packet seals had been tampered with or altered, court documents state.

Taking the stand in his own defense, Coomes testified he began taking an opioid pain medication after a 2009 surgery, and later increased the dosage after a back injury.

However, after his tolerance for the prescribed medication rose, he discovered it wasn't enough.

"I am so sorry from the bottom of my heart," Coomes said.

The internal investigation into missing drugs from the evidence room, initiated Oct. 12, 2015, was launched a few days after Coomes admitted his addiction in a meeting with Columbus Police Chief Jon Rohde, the defendant said.

"At no time have I tried to hide or cover anything," he said.

But under cross examination from Crispin, Coomes conceded that he did not admit stealing the drugs until Loyd's investigation was underway.

After the investigation was complete, Coomes was arrested and booked into the Bartholomew County Jail on March 30, 2016, then released after posting $75,000 bond.

Factors that worked in Coomes' favor include lack of a prior criminal record, that his addiction came about through circumstances largely out of his control, and that there's no evidence that drugs were sold for monetary gain, Heimann said.

Coomes testified he had flushed the crystal methamphetamine down a toilet after he first told his wife about the thefts.

But the judge emphasized he did not want to lessen the seriousness of the crimes.

"You were seriously breaking the law while in the performance of your duty to uphold the law," the judge told Coomes. "You have to know how much this adversely impacts other officers at a time where there is less public trust in the police."

Consequently, the judge said he concluded the aggravating and mitigating circumstances that determine every criminal sentence were about even in Coomes' case.

While Loyd said his investigation made other city officers seem conflicted or stressed, the State Police detective testified that Rohde always expressed more concern about losing the public trust than any other consideration.

Wednesday's hearing was attended by about 30 people, although no uniformed officers — including Rohde — were present.

A former Columbus Police Department narcotics division supervisor who admitted taking drugs from the department’s evidence room will not be going to prison. Jeremy R. Coomes, 39, was given a nine-year sentence Wednesday afternoon in Bartholomew Circuit Court on a Level 3 felony, possession of methamphetamine; a one-year sentence on a less serious Level 6
http://www.therepublic.com/2016/12/22/former_narcotics_supervisor_avoids_prison_in_sentencing_for_drug_thefts/
Tweet
How do you feel about this post?
Happy (0)
Love (0)
Surprised (0)
Sad (0)
Angry (0)
Tags:
evidence room
Police Drug Lab Head Charged with Multiple Narcoti...
Vigiard Sentenced To 10-12 Years In State Prison O...