"During that investigation, Defendant's (Town of Atlantic Beach) agents, officers and/or employees alleged that $650.00 was missing from the evidence room 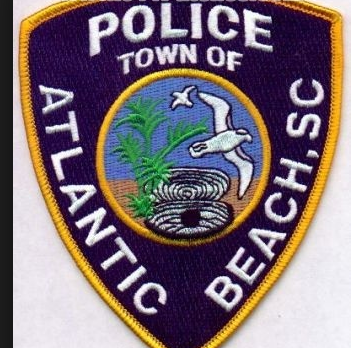 ATLANTIC BEACH, SC (WMBF) – The former police chief of Atlantic Beach has filed a lawsuit against the town stating his termination was due to false allegations of theft.

According to the lawsuit filed Feb. 2 in the 15th Judicial Circuit's Court of Common Pleas, Timothy Taylor alleges an internal audit of the town's police department began shortly after charges of domestic violence were dismissed against him on Oct. 20, 2017. Those charges stemmed from a September arrest by Conway police.

The audit, the lawsuit states, was performed to investigate the department's operations.

"During that investigation, Defendant's (Town of Atlantic Beach) agents, officers and/or employees alleged that $650.00 was missing from the evidence room," according to the lawsuit. "Defendant falsely accused Plaintiff of taking this money."

According to the lawsuit, town manager Benjamin Quattlebaum fired Taylor on Oct. 30, 2017, "because of these false allegations."

Acting police chief Quentin Robinson then wrote the South Carolina Criminal Justice Academy and told them Taylor was under investigation by the S.C. State Law Enforcement Division, according to the lawsuit.

Taylor alleges the statement made about the SLED investigation "was, and is, false."

"Plaintiff's reputation has been damaged, Plaintiff has suffered emotional distress, mental anguish, humiliation and embarrassment and Plaintiff has also suffered the loss of future earnings," the lawsuit states.

The lawsuit is asking for actual damages in an amount determined by a jury.

Clay Hopkins, the Pawleys Island attorney representing Taylor, said his client was forced to resign after the charges of domestic violence were brought against him, despite the plaintiff saying the charges had no merit.

According to Hopkins, Taylor refused to resign and the allegations were then made about the money turning up missing from evidence.

A message left for Quattlebaum seeking comment was not immediately returned.

The former police chief of Atlantic Beach has filed a lawsuit against the town stating his termination was due to false allegations of theft.
http://www.wmbfnews.com/story/37526116/former-police-chief-files-lawsuit-against-town-of-atlantic-beach
Tweet
How do you feel about this post?
Happy (0)
Love (0)
Surprised (0)
Sad (0)
Angry (0)
Tags:
altered evidence assault  kits evidence room evidence audit Big Three: Chain of Custody
Lawrence civilian property room clerk had BAC of ....
Ex-police corporal gets 3 months in prison for $22...