Lawrence civilian property room clerk had BAC of .22 while on the job, according to police chief

A civilian employee of the Lawrence Police Department is out of a job after being accused of being drunk on the job. 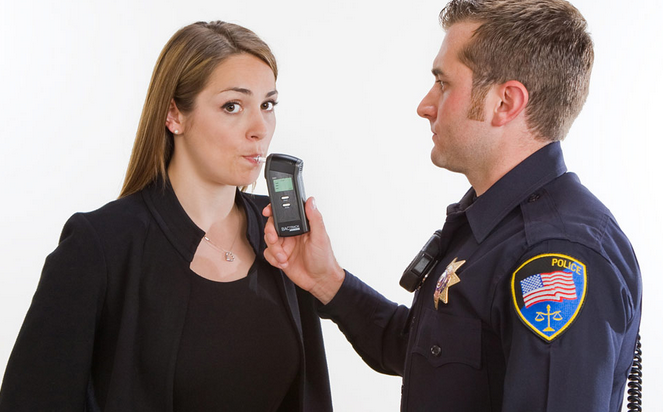 LAWRENCE, Ind. -- A civilian employee of the Lawrence Police Department is out of a job after being accused of being drunk on the job.

The woman was the clerk of the police property room which is where evidence is stored for criminal cases.

"This was the first and only time that it was brought to my attention that she could have been impaired," said Chief David Hoffman, Lawrence Police Department.

RTV6 became aware of this issue when someone sent us an email that was circulated to Lawrence Police Department personnel, saying the clerk was placed on administrative leave on Jan. 18. She was terminated by Jan. 25

I believe the results were .22 BAC. We all found that shocking," said Chief David Hoffman.

Chief Hoffman ordered an audit of the cases the employee handled. It was conducted by two senior police officers.

"We found nothing abnormal. No discrepancies, no paperwork issues. Really nothing out of the ordinary occurred in the property room under her watch," said Hoffman.

Lawrence police say they have notified the Marion County prosecutor about the incident.

"I'd at least want to talk to the clerk in a deposition. Ask her what her condition was on December 29th, 2017, to see if she was drinking on that day. She'll probably say no, but who knows. The processing and handling of evidence in criminal cases is sensitive, important and requires a great deal of accuracy and attention by the evidence clerk," said Jack Crawford, defense attorney.

A Lawrence city council member just found out about the clerk.

"I got an anonymous call last night that made me aware of it. I was gonna try to look into it today with the police department. If anybody is coming to work impaired, that needs to be addressed. Steps need to be taken so it doesn't happen again," said Rick Wells, (D) Lawrence City Councilman.

The clerk had been with the department for less than a year.

Lawrence civilian property room clerk had BAC of .22 while on the job, according to police chief - TheIndyChannel.com Indianapolis, IN

A civilian employee of the Lawrence Police Department is out of a job after being accused of being drunk on the job.
https://www.theindychannel.com/news/local-news/indianapolis/lawrence-civilian-property-room-clerk-had-bac-of-22-while-on-the-job-according-to-police-chief
Tweet
How do you feel about this post?
Happy (0)
Love (0)
Surprised (0)
Sad (0)
Angry (0)
Tags:
assault  kits Chain of Custody Big Three: altered evidence
Broken Arrow detective submits resignation amid al...
Former police chief files lawsuit against town of ...
Comment for this post has been locked by admin.