A former Toledo police officer is facing a federal charge after law enforcement officials say he stole a weapon and other items from an evidence room. 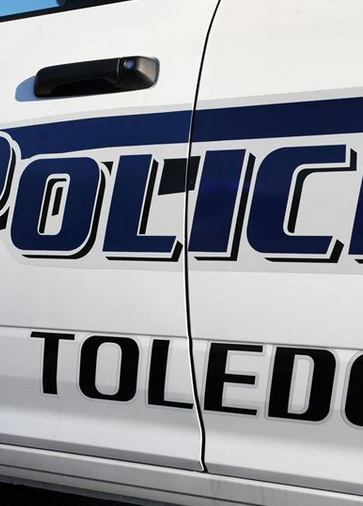 A former Toledo police officer is facing a federal charge after law enforcement officials say he stole a weapon and other items from an evidence room.

While searching the home of Curtis Stone, 56, of Delta, Ohio, police found a Taurus .380-caliber pistol on Dec. 4, 2018, that was previously recorded as being destroyed by the Toledo Police Department, according to an affidavit filed in U.S. District Court.

In September, 2018, TPD officers recovered a 9mm Canik 55 pistol during a traffic stop, according to the affidavit. The occupant of the vehicle had a criminal history of drug and gang offenses and was charged with having the gun.

During the investigation of the incident, a task force officer for the Bureau of Alcohol, Tobacco, Firearms, and Explosives discovered that the firearm had been recovered by TPD in 2015 and been marked as destroyed in February, 2016 by Mr. Stone, who worked in the TPD's property room at the time.

Toledo police obtained and executed a search warrant for Mr. Stone's residence in Delta on Dec. 4, according to the affidavit. They recovered the Taurus .380-caliber pistol, 10 miscellaneous magazines for firearms, miscellaneous ammunition, and two TPD evidence tags/labels.

The Taurus pistol also had been marked by Stone as destroyed on Dec. 21, 2017, in the TPD property room, the affidavit shows.

Lt. Kevan Toney, spokesman for the TPD, said every time officers take a gun off the streets, the ATF is notified. ATF agents then trace the gun's history as part of a routine investigation.

It was during that trace that agents discovered the gun found in September, 2018 should have been destroyed, Lieutenant Toney said.

Mike Tobin, a spokesman for the U.S. Attorney's Office, said the investigation is ongoing, and investigators are working to determine how many guns Mr. Stone may have taken from the property room during his time there.

Mr. Stone's arraignment in federal court is scheduled for 3:30 p.m. on Monday, Mr. Tobin said. Mr. Stone has not been taken into custody.

The retired officer wasn't named at the time of the announcement, but Lieutenant Toney confirmed it was Mr. Stone. TPD allocated $10,000 for additional security technology in the property room.