He admitted stealing the guns while he was undersheriff of the Otsego County Sheriff's Office from 1995 to 2005, federal prosecutors said. 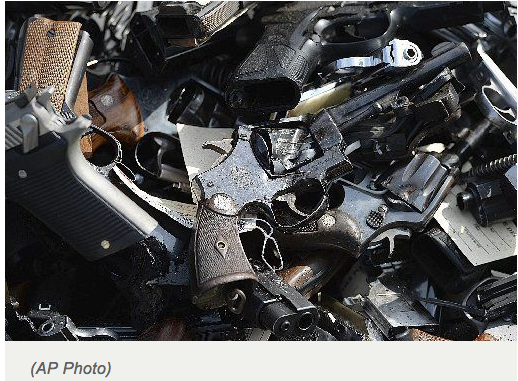 BINGHAMTON, N.Y. -- A former Otsego County undersheriff has been sentenced to probation for stealing 73 firearms from his department's evidence locker.

Arnold B. Carroll, 75, pleaded guilty in February to possessing stolen firearms and selling a stolen firearm. He admitted stealing the guns while he was undersheriff of the Otsego County Sheriff's Office from 1995 to 2005, federal prosecutors said.

Carroll, who lives in Maryland, admitted he stole the guns while he was undersheriff and the department's sole evidence custodian, prosecutors said. He was responsible for the maintenance and disposal of all evidence recovered by sheriff's deputies.

Carroll falsely recorded in the sheriff's records that the stolen gun had been destroyed, prosecutors said. He took the guns home and, "on a number of occasions" after he retired, Carroll sold the weapons to a gun store, prosecutors said.

Among them was a Smith and Wesson .44-caliber revolve that he sold in September 2012, prosecutors said.