Newman also had been accused of stealing narcotics from DEA evidence lockers, and, in December 2015, of falsifying paperwork within the DEA to transfer some cocaine from an old case. 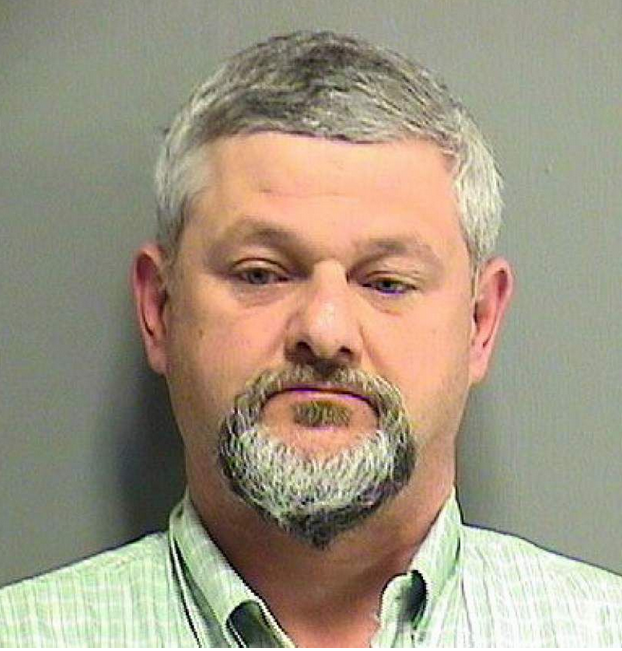 A veteran lawman assigned to a New Orleans-based federal drug task force pleaded guilty Thursday to pocketing thousands of dollars seized during drug raids, admitting to significantly reduced charges in a clear indication that he is cooperating with a secretive U.S. Justice Department probe into law enforcement misconduct.

Karl E. Newman, a longtime former Tangipahoa Parish Sheriff's Office deputy, was a federally deputized member of a U.S. Drug Enforcement Administration task force that has been accused of shaking down informants and stealing and distributing drugs seized during federal narcotics investigations.

Newman for years worked alongside Chad Scott, a longtime DEA agent who was suspended and stripped of his security clearance last year. Scott has not been charged.

A grand jury indicted Newman last year on a host of federal counts, including robbery, falsifying DEA records, obstruction of justice and conspiring to distribute cocaine and oxycodone. But the Justice Department this week dropped seven of the nine counts against him, apparently a reflection of his cooperation with the FBI after months of refusing to assist in the investigation.

Still, Newman, who has been in custody for more than a year, faces a minimum five-year sentence for a firearms charge he pleaded guilty to Thursday, and up to five years more on a separate conspiracy charge related to his theft of drug proceeds that were confiscated during federal investigations.

During the brief hearing Thursday, Newman, clad in an orange jumpsuit and with his hands and feet shackled, shuffled in place and bowed his head as U.S. District Judge Eldon Fallon asked him to confirm his intentions to plead guilty.

Offering a quiet "yes, sir" or "no, sir" to Fallon's questions, Newman asserted that he understood that his plea would mean he would spend at least five years in prison, and potentially the rest of his life.

Newman is the second member of the DEA task force to agree to cooperate with the federal government. Last year, Johnny Domingue, another former Tangipahoa Parish Sheriff's Office deputy, admitted to drug conspiracy charges in state court and has participated in hours of interviews with federal investigators.

Domingue has told the authorities that misconduct on Scott's task force "was a practice that was already in place when (Domingue) came on board, and he inserted himself sort of in that circle," a federal agent testified last year.

Thursday's proceedings offered a rare glimpse into a case that over the past year and a half has unfolded almost entirely behind closed doors and in sealed court filings. Newman's initial court appearance last year in St. Tammany Parish was conducted in secrecy, over the objection of a reporter with The Advocate, and a similar proceeding in federal court months later was also closed to the public.

The Justice Department has insisted that few details of the investigation be made public as it deals with a barrage of court challenges involving cases that were worked by the DEA task force. Along with Newman's plea agreement, the government filed a five-page document that Fallon allowed to be filed under seal.

Newman's February 2016 arrest ended a decorated, two-decade career in law enforcement, the majority of which he spent as a DEA task force agent. He joined the Tangipahoa Parish Sheriff's Office on Daniel Edwards' first day as sheriff — July 1, 2004 — but had previously worked with the DEA while serving as an officer with the Hammond Police Department, which he joined in 1993.

Newman earned consistently high marks from his supervisors at the Sheriff's Office, one of whom wrote in a 2014 evaluation that he "requires little or no direct supervision."

The charges to which Newman pleaded guilty on Thursday stemmed from an August 2015 raid that Newman and Domingue carried out at a residence in Hammond belonging to a woman named Rose Graham. At least one other deputy was present, but his or her name has been redacted from related court filings.

Court papers filed Thursday note that "Domingue and Newman did not assemble a search team or prepare a formal operations plan" to search Graham's home. Instead, the two instructed "a junior deputy without extensive training or experience" to wait with Graham and another person while Newman and Domingue searched.

Domingue wrote a report on the search that claimed law enforcement had seized 20 oxycodone pills and $3,025. In fact, there were between 70 and 80 pills, and an additional $3,000 in cash that Newman and Domingue split, the records say.

Federal authorities accused Newman of telling Graham that "she needed to work off her drug debt and go to work for him," Douglas Bruce, an investigator with the Justice Department's Office of Inspector General, told a judge last year. The woman began dealing marijuana and cocaine on Newman's behalf — transactions that weren't part of any law enforcement operations.

The arrangement began to unravel when Graham unwittingly sold drugs to an undercover State Police detective, according to court records.

Newman also had been accused of stealing narcotics from DEA evidence lockers, and, in December 2015, of falsifying paperwork within the DEA to transfer some cocaine from an old case. Those narcotics were later found at Domingue's residence after the State Police executed a search warrant there; they were still packaged in DEA evidence labels inside a FedEx box.

But those drug-dealing charges were not included in the superseding bill of information that federal authorities filed Wednesday.

The second count to which Newman pleaded guilty involved an October 2015 raid of an apartment in Baton Rouge, an investigation that involved Newman, Domingue and other DEA agents. According to Bruce, the Justice Department investigator, the agents found cash and methamphetamine in the residence, and Newman authored a report saying $4,300 had been recovered.

But Domingue told investigators there actually had been between $10,000 and $12,000 in the apartment. Newman admitted Thursday to pocketing $1,500 of the money from that search.

The Justice Department's investigation of Newman also focused at times on other allegations that did not result in federal charges. Authorities said Newman once assaulted a woman following a sexual encounter, and they also investigated a claim that he spiked drinks with Ecstasy at a social function in New Orleans.

The 18-month investigation has largely remained secret, with local federal prosecutors recused from the case and assistant U.S. attorneys from Texas and California brought in to handle the investigation and related court cases. Those prosecutors have worked hard to keep court documents under seal or, where possible, offered them for judges to review in their chambers.

How far the repercussions will travel remains a mystery. But at times, at least two other DEA special agents were on limited duty due to the probe, and Keith Brown, the former special agent in charge of the DEA's New Orleans field division, was escorted from the building and sent to Washington soon after Domingue was arrested.

Then, in December, scores of FBI agents descended on the Hammond Police Department as well as Sheriff Edwards' Hammond office in a nearly 24-hour raid in which they confiscated files and electronics. The raid forced the closure of some other government offices that shared buildings with the agencies and created a storm of social media and press commentary.

In a news conference the following day, Edwards said his office would cooperate with the investigation.

Federal authorities were close-mouthed about the raid, though Jeffrey Sallet, the special agent in charge of the FBI's New Orleans office, said that the FBI was partnering with the DEA Office of Professional Responsibility and the Department of Justice Office of the Inspector General in executing the warrants. Court documents show those same agencies are leading the investigation into the task force.