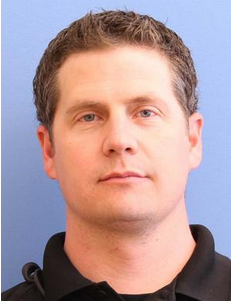 A former Utah County Sheriff's Office evidence technician will face charges after he reportedly took drugs that were evidence in 12 cases.

Brian William Smith, a 38-year-old man from Lehi, will have criminal charges filed against him by the Utah County Attorney's Office within the next few days, according to a press release Friday morning from the Utah County Sheriff's Office.

A Utah County Sheriff's Office Forensic Unit employee reported to a supervisor on Feb. 22 that drugs were missing from the drug disposal barrel, according to the press release. Surveillance video reportedly showed that Smith took the drugs.

"We don't believe he was selling it or anything, we believe he took it personally," Cannon said.

Smith resigned on Feb. 28, according to the press release.

Cannon said Smith had been taking drugs for at least several months.

Smith resigned on Feb. 28, according to the press release.

A full audit was completed on all evidence after the resignation, which identified 17 cases where Smith accessed evidence that was scheduled to be destroyed without following proper procedures. Each case included prescription medications.

"He knew the procedures and he knew that he was violating them," Cannon said.

Each case had either been fully dismissed or the individual had either pleaded guilty or been found guilty at a trial, and it had been years since the appeals process had expired, Cannon said.

The audit also found several clerical errors that are not related to the criminal investigation and have been corrected, according to the press release.

The sheriff's office has reported it has taken actions to prevent the risk of evidence being taken again, according to the release, which include installing additional surveillance cameras in its evidence facility. It did not state what other measures might have been implemented.

All other evidence is reportedly accounted for, except for one 2013 case where evidence was inadvertently destroyed, according to the press release.

Smith was hired as a corrections officer at the Utah County Jail in August 2008, according to Cannon. Smith switched to the civilian, forensic position in 2015. He had not had previous disciplinary issues or concerns during his time with the sheriff's office, according to Cannon.

Cannon said another employee had noticed that Smith had gone into evidence facilities at unusual times, which raised suspicion.

Cannon said the sheriff's office is grateful for the employee who reported the missing evidence. He said that an employee had previously had suspicions raised after noticing that Smith had entered evidence facilities at unusual times.

"The employee who reported it to the supervisor did not hesitate to do that, but it hurts to have to," Cannon said. "These are people who you work with and you trust."