Framingham Police Department's former evidence room officer and the discovery of a "hidden key'' to the evidence room was raised in court on Tuesday by the defense attorney for a Framingham man charged with drug trafficking. 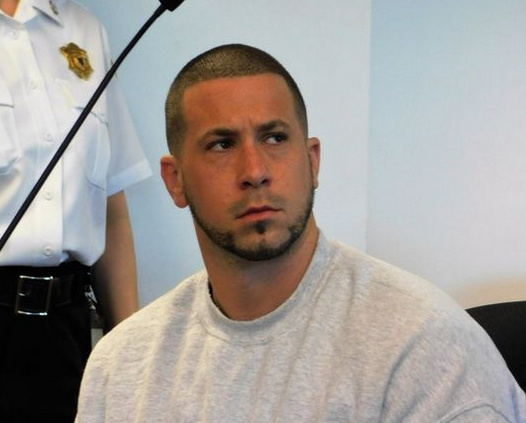 WOBURN, MA -- The fallout from the scandal created by the alleged theft of money by the Framingham Police Department's former evidence room officer and the discovery of a "hidden key'' to the evidence room was raised in court on Tuesday by the defense attorney for a Framingham man charged with drug trafficking.

In Middlesex Superior Court on Tuesday, defense attorney Daniel Campion, representing Maxwell Neustadt, told Judge Kathe Tuttman that the Middlesex District Attorney's Office told him that the theft of money "did not affect my case'' and that there is no indication that the drugs seized as part of Neustadt's case were tampered

But Campion was skeptical in light of the missing money and the Middlesex District Attorney's Office revealing last November that Framingham police officers were previously able to access the department's evidence room using a hidden key.

Campion argued he wanted prosecutors to turn over to him any information on those investigation so that he may use it at trial.

"The evidence room was not totally secure,'' Campion told the judge. "People were wandering in and out of there.''

Maxwell Neustadt, then 24, of Framingham was arrested in 2012 and indicted on charges of trafficking in opiates and distribution of a Class D drug. Neustadt has pleaded not guilty to the charges.

During a search of the second floor at 389 Grant St., Framingham, police found more than 300 oxycodone pills, 12 ounces of marijuana, $3,200 cash, 17 Tylenol with codeine pills and a scale and packaging material, according to Metrowest Daily News.

The drugs and cash seized from the home were stored in the Framingham Police Department's evidence room.

In September 2015, authorities launched a criminal investigation into money that went missing from police headquarters after discovering empty police envelopes inside the vehicle of former officer Alan Dubeshter, a 30-year veteran of the police department.

Dubeshter was previously in charge of receiving, cataloging and maintaining evidence in criminal cases, as well as delivering evidence to various state labs for testing and destroying evidence from closed cases, the newspaper reports.

Then last November, the Middlesex District Attorney's Office revealed that Framingham police officers were previously able to access the department's evidence room using a hidden key, the newspaper reports. Framingham police fixed the problem by changing the lock on or before Sept. 21, 2015, according to the district attorney's office.

In court on Tuesday, prosecutor Jamie Charles stated that "none of the evidence in his (Neustadt's) case has been tampered with or is missing.'' And there is "no evidence'' that the hidden key was used to remove or tamper with evidence, he said.

Charles explained that an audit of the drug evidence indicates that out of 6,000 "pieces'' of drug evidence "only five were unaccounted for'' and none of those pertain to Neustadt's case.

"All the evidence that was logged into the evidence room for the defendant's case is the same evidence that is there now,'' Charles said. There was $10 missing from the cash allegedly seized from the Grant Street home, but Charles attributes that to "a counting error.''

Despite the prosecutor's assertions that the evidence room scandal does not impact Neustadt's case, Campion said he still has doubts.

But Tutteman denied Campion's motion for investigative reports noting he has has not adequately shown a link between the evidence-room probes and his client's case.

Neustadt is scheduled for trial on Aug. 8.