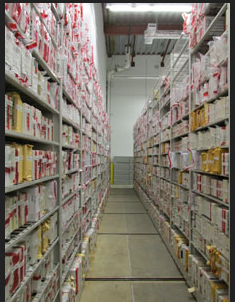 Attorney General Brad Schimel has said the kits are sitting for a variety of reasons, including that prosecutors decided some cases were too weak to pursue, cases were resolved without testing, or victims wouldn't cooperate. The DOJ became aware of the untested kits in 2014 and secured $4 million in federal grants in September 2015 to cover testing and conduct an inventory of untested kits.

The agency began conducting the inventory in March 2016 and completed it this past March. It revealed nearly 6,000 untested kits in police and hospital custody.

Schimel has said the DOJ won't submit any kits for testing unless the agency obtains permission from the victim. The agency has launched an outreach campaign called "By Your Side" in hopes of connecting with victims. Democratic legislators have complained that Schimel is taking far too long to test the kits.

DOJ spokesman Johnny Koremenos said that 3,800 kits have been designated for testing; the rest won't be tested because the victim didn't consent, the offender was found innocent or the offender was convicted and is currently doing time.

Koremenos said that of the 3,800 kits that will be tested, the state crime lab has tested 13. He said the lab processes around 900 kits in current investigations every year and doesn't have the capacity to process thousands of more kits.

The agency put out a request for bids from private labs in March 2016 to conduct testing, he said, but got only one response, from Bode Cellmark Forensics Laboratories. DOJ entered into a contract with that lab and has forwarded 800 kits there so far. Fifty of those kits have been tested, Koremenos said. The other 750 kits are in various stages of testing, he said.

"The testing process is complex and involves multiple steps," Koremenos said in an email to The Associated Press.


Only about 60 of 6,000 untested sexual assault evidence kits sitting on Wisconsin shelves have been analyzed so far, state Department of Justice
officials said Monday.