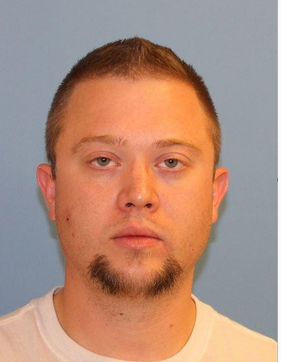 Already mourning the violent death of her 77-year-old father, Jeanette Orchard now worries that a deputy may have destroyed evidence needed to solve the case by stealing from the crime scene.

"The cops who were supposed to be protecting us were stealing from us instead," said Orchard, daughter of possible murder victim Kenneth Orchard.

Her trepidation is compounded by the knowledge that this wasn't the first time a Fremont County sheriff's deputy has taken evidence. And she said Fremont County Sheriff Jim Beicker has failed to acknowledge that fact. She fears the entire department is corrupt and her father's killer may never be caught.

"It's sickening that Fremont County is hiding it rather than acknowledging what happened," Jeanette Orchard said.

Although Beicker has said that Deputy Christopher Pape is accused of disrupting a crime scene, he has not specifically said the 30-year-old deputy was accused of stealing from Orchard's home.

Beicker referred the case to the Pueblo County Sheriff's Department to investigate to avoid a conflict of interest. Pueblo County deputies arrested Pape on a bevy of felony charges including theft, attempt to influence a public servant, forging public records and tampering with evidence. The arrest warrant affidavit in Pape's case is sealed.

The theft from Kenneth Orchard's home is hauntingly similar to events surrounding the investigation into evidence from another murder case that wound up in a former deputy's storage unit.

In December 2016, Rick Ratzlaff bought an abandoned Cañon City storage shed for about $50 and found an ax, a blood-stained rope and a manila envelope marked "Evidence" with bloody socks inside. The grisly discovery was evidence from the 2006 murder of Candace Hiltz, a case that has not been solved. Dodd rented the storage unit, but failed to pay his fees.

Dodd goes on trial Monday on misdemeanor charges of altering public records, and two counts of official misconduct in connection with Hiltz' death.

The Hiltz murder investigation led to a campaign to remove Beicker from office. Eleven other sheriff's officers also were placed on administrative leave in 2017 for issues ranging from child abuse charges to routine procedural missteps, according to the Daily Record in Cañon City. The Fremont Freedom Fighters tried but failed to get Beicker, who decided not to seek re-election for a fifth term, removed from office.

In the Orchard case, the Cañon City Fire Department found Orchard's burned body on May 22 after extinguishing a fire with multiple ignition points at his home in the 1800 block of Pinion Avenue. Investigators found that Orchard's clothing had been soaked with a flammable liquid believed to be gasoline, his daughter said. Orchard had severe injuries to his neck and chest apparently inflicted before the fire was started, Jeanette Orchard said investigators told her.

"It exhibits just a wanton abuse of human life and dignity. He knew this was a robbery-homicide investigation and he knew this was going to help the killers get away with murder," she said.

Pape was arrested on June 8. On Wednesday, Deputy Fremont County District Attorney Thom LeDoux requested and was granted a two-week extension to decide what if any formal charges to file. Pape said although he would love to speak with a reporter about his case his attorney has instructed him not to speak with the media while his case is pending.

Fremont County District Attorney Molly Chilson said she could not comment on the Pape case. But in general, criminal affidavit's are routinely sealed to improve chances of solving cases, she said.

"It's not uncommon to take measures to seal an arrest affidavit. The (Orchard) case remains under investigation. The information will eventually be released," Chilson said.