Only 4.2 percent of 10,000 pieces of evidence feared missing from the evidence locker of the San Joaquin County Sheriff's Office turned out to be lost, 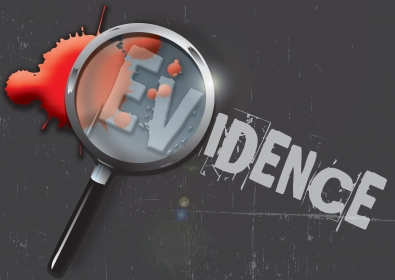 Only 4.2 percent of 10,000 pieces of evidence feared missing from the evidence locker of the San Joaquin County Sheriff's Office turned out to be lost, a new grand jury report says.

Subtitled, "Missing or Messy," the follow-up report by the 2017-18 grand jury suggests the worst fears of a whistleblower were not realized and disarray in the evidence locker is being rectified.

"There was virtually no missing evidence," said Ward Downs, grand jury spokesman. "There was mislaid evidence."

The report is not a complete vindication of Sheriff Steve Moore. It states that 420 pieces of evidence for 271 cases are missing. The items include weapons, drugs and money.

But, "No missing pieces of evidence have impacted past or current cases," the report notes.

Of the 420 missing items, only 23 were possibly important pieces of evidence, Downs said.

Not bad for 40 years of storage, Sheriff Steve Moore said.

"For this few things to be left to be located I think is pretty darned good," the sheriff said.

Research into several unaccounted-for weapons is ongoing, Moore said, adding a couple cases date to the 1990s. Notes suggest most were destroyed or returned to owners.

Records show three cases of missing money, each under $100, he said.

The drugs were sent to the state Department of Justice for testing, but records do not document their disposition. As is often the case, they may not have been returned, Moore said.

"We're very grateful that the grand jury did a complete and thorough investigation," Moore said. "We have tried to be as transparent down to the last I's and T's and periods to be able to show everything is in place. There were no 10,000 items missing."

The issue became public in 2016 when a vendor who supplied software to catalog evidence went public with concerns that massive amounts of evidence were unaccounted for, possible compromising criminal prosecutions.

In response, Sheriff's employees plowed through 110,000 items stored in the evidence warehouse, a large building on the jail grounds. They located around 2,000 pieces of mislaid evidence. A records audit found 7,000 instances of evidence wrongly catalogued.

But Germann criticized the county for not bringing in an independent consultant to ensure an impartial inventory.

"The public really won't know because they allowed the Sheriff's Department to audit and inventory their own evidence rooms," Germann said. "Even if there were real problems in there we're not going to know about it."

The grand jury disagreed, noting the sheriff has staffed up the evidence locker, intensified training and created a training manual.

The report adds the sheriff is implementing all grand jury recommendations.

Says the report: "Public confidence in the proper handling and disposition of evidence should be restored."

Only 4.2 percent of 10,000 pieces of evidence feared missing from the evidence locker of the San Joaquin County Sheriff’s Office turned out to be lost, a new grand jury report says.Subtitled, “Missing or Messy,” the follow-up report by the 2017-18 grand jury suggests the worst fears of a whistleblower were not realized and disarray in the evidence locker is being rectified.“There was virtually no missing evidence,” said Ward Downs, grand jury spokesman.
http://www.recordnet.com/news/20180626/grand-jury-finds-little-evidence-missing
Tweet
Tags:
West Coast missing evidence
×
Stay Informed