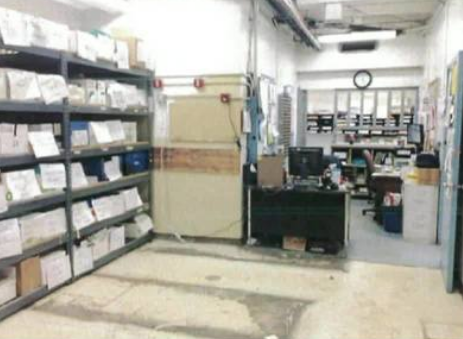 HOLLYWOOD, Fla. - The Hollywood Police Department is continuing to work on correcting its mismanagement of its Property and Evidence Unit, the Broward Office of the Inspector General reported Thursday in a news release.

The OIG reported in February that Hollywood police officials failed to institute protocols that are consistent with industry standards, which led to the theft of $137,609 in cash and 1,096 pills from its evidence room.

The OIG found that there was a lack of control in limiting access to the evidence room and some evidence that was needed to prosecute some criminals was unavailable after the thefts.

The report said there were no security cameras in the room to capture images of the thieves.

According to the latest news release from the OIG, Hollywood Police Chief Tomas Sanchez provided the OIG with a status report that details the results of the police department's remedial actions, which include:

-The continued purging of items from the unit, including 1,224 items purged and another 3,440 items identified to be purged.

-The transport of an additional 100 firearms to the Broward Sheriff's Office to be destroyed.

-Finalizing a manual which established guidelines for the PEU.

-Spending about $66,000 for upgraded storage, scanning and video surveillance functions.

The OIG reported that the police department has also met with vendors to research technology that allows for scanning to accurately track inventory and audit property and evidence.

A PEU supervisor and clerk will also receive training provided by the Property and Evidence Association of Florida.

Hollywood police work to correct mismanaging of Property and...

The Hollywood Police Department is continuing to work on correcting its mismanagement of its Property and Evidence Unit, the Broward Office of the Inspector General reported Thursday in a news...
https://www.local10.com/news/florida/hollywood/hollywood-police-work-to-correct-mismanaging-of-property-and-evidence-unit
Tweet
How do you feel about this post?
Happy (0)
Love (0)
Surprised (0)
Sad (0)
Angry (0)
Tags:
missing cash Big Three: Chain of Custody assault  kits altered evidence
Man accused of breaking into Parma PD evidence roo...
Ohio coroner runs out of room for bodies due to sp...