When you're murdered in Youngstown, they bury you twice – once in a grave and once in a file. 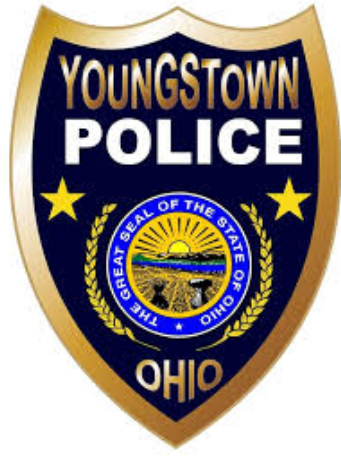 When you're murdered in Youngstown, they bury you twice – once in a grave and once in a file.

In the file, you live forever because under state law, that file and any other evidence collected in a homicide can never be thrown out, except under special circumstances.

In Youngstown, police have files and evidence from past homicides in two buildings.

There are clothes, shell casings, weapons, money and guns, as well as DNA.

That evidence has to be kept even if a case is closed and a suspect is imprisoned, said assistant Law Director Dana Lantz.

One of the main reasons for that rule is the evidence is needed for appeals, especially in non-death-penalty cases, where the appeal process is more streamlined, Lantz said.

For some items, such as a car, someone who needs it may be able to get it back, Lantz said. She said the person who owns the car and wants it back can petition the court to have it returned when a case is concluded.

In such cases, pictures of the car may be used as evidence to be kept in a file. But, she added, a prosecutor could say that they want to keep the car instead of using photos because state law requires "the best possible evidence."

DNA evidence also has to be kept and has been kept for years. In fact, city police in 2007 were able to charge Bennie Adams, 62, in the death of Youngstown State University student Gina Tenney, who was found murdered Dec. 29, 1985. She had been found floating in the Mahoning River.

Long a suspect, Adams was charged after DNA evidence collected at the scene and preserved by the former head of the police department's crime lab, the late Detective Sgt. Joe DeMatteo, was submitted in 2007 to the state Bureau of Criminal Investigation. Former state Attorney General Marc Dann had asked police departments to resubmit evidence in cold-case homicides, and BCI was able to match the DNA at the crime scene to Adams.

A lot of times, DNA is collected at a crime scene but there is no match available, but that can change in the future, Lantz said.

Staff Inspector Lt. Brian Butler said the department also has to make sure it has enough room to keep files, ballistics evidence, DNA evidence and other items collected from homicide scenes over the years.

The department has evidence on the fourth floor of the police department on Boardman Street, where the detective bureau and crime lab are located, as well as in the basement of the City Hall Annex, where several boxes of files and evidence, including ballistics evidence, were moved earlier this year as crews were converting the building into a new municipal court facility.

State law says all evidence must be kept forever.
http://www.vindy.com/news/2018/sep/30/homicide-evidence-never-gets-tossed/
Tweet
How do you feel about this post?
Happy (0)
Love (0)
Surprised (0)
Sad (0)
Angry (0)
Tags:
evidence collected dna evidence homicide evidence
Kern Corruption: A look at the stolen drugs (follo...
No jail time for police officer who stole drugs fr...
Comment for this post has been locked by admin.